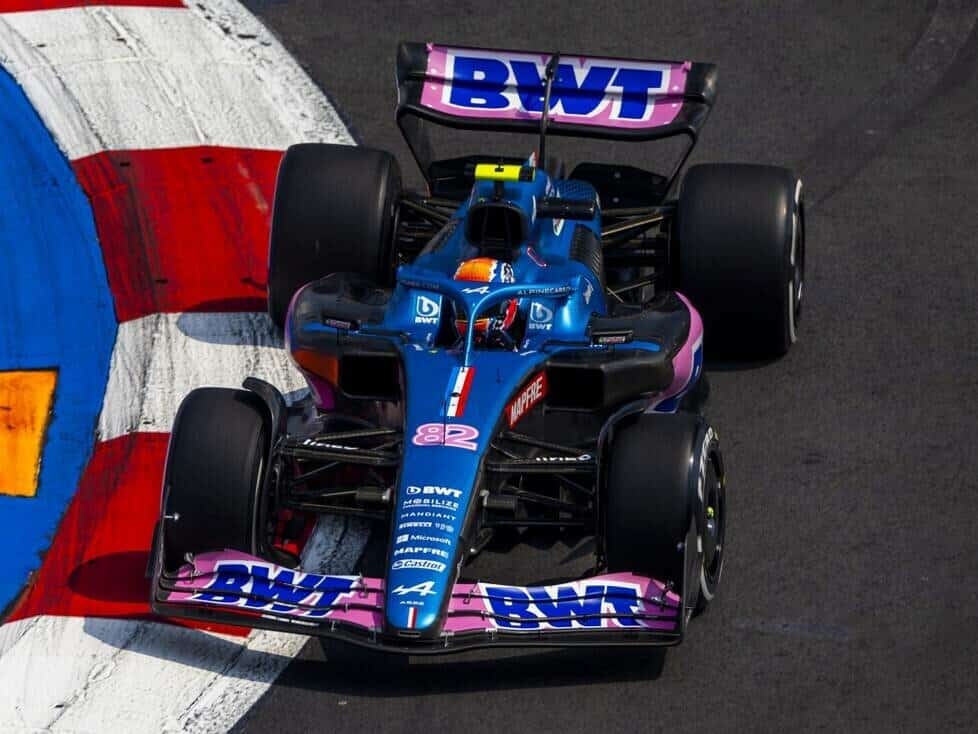 Jack Doohan was unable to contest the entire first free practice session at the Mexico Grand Prix due to technical problems, but still leaves a positive impression

“It was a fantastic experience! Thanks to Alpine for the opportunity!” – Jack Doohan can hardly hide his excitement. This was the first time the current fourth-placed driver and best rookie in the Formula 2 Championship had taken part in a Grand Prix weekend.

He will never forget his 13 laps in the first free practice session at the Mexican Grand Prix: “I put a lot of work into that day, including working with the engineers in Enstone and at the track. But I also did a lot of driving in the simulator.”

Doohan was 19th, on a par with the other Friday drivers, and was actually going to do another stint, but then the fun was over. The team didn’t send him out again because of data anomalies on the engine. The power unit was replaced for regular driver Esteban Ocon before the second practice session.

Doohan takes it in stride: “These things happen in motorsport. But doing 13 laps on a Grand Prix weekend was an incredible experience that I will never forget. I’m looking forward to learning more things in the team this weekend and hopefully both drivers will score points. “

Alpine sporting director Alan Permane credited Doohan with a “great job” as he believes the Autodromo Hermanos Rodriguez is not an easy track for a Formula One rookie: “It’s really not easy with the high altitude and the lack of downforce. He did a great job.”

“He took a very level-headed approach. Where Max [Verstappen] spun and Charles [Leclerc] had his accident, he lost half a second to Fernando [Alonso] and said, ‘Look, I don’t want to take unnecessary risks.’ He was aware of the fact he was moving someone else’s car.”

“But what impresses me the most is his preparation outside the car. The work he does behind the scenes. If he makes it to Formula 1, he can make the difference here. “

What he means: “He’s never raced here before and it wasn’t really the plan. A couple of weeks ago he was in Brisbane for a sponsorship meeting. There we told him we were scheduling him for Mexico. He flew back to England, did a full day in the simulator and then came to Austin and here. I really like his preparation. There’s no doubt about his speed anyway.”

Doohan still has a Formula 2 weekend ahead of him with two races in Abu Dhabi. This will see an exciting battle for third place in the overall standings between him, Logan Sargeant, Jehan Daruvala, Enzo Fittipaldi and Liam Lawson. Frederik Vesti, Ayumu Iwasa and Jüri Vips can also still have faint hopes of third place overall.

At the same time, Doohan is scheduled for another Friday race in Formula 1 at Alpine that weekend.