HomeMotorsportsFerrari 499P (2023) revealed: This is the Le Mans hypercar!
Motorsports 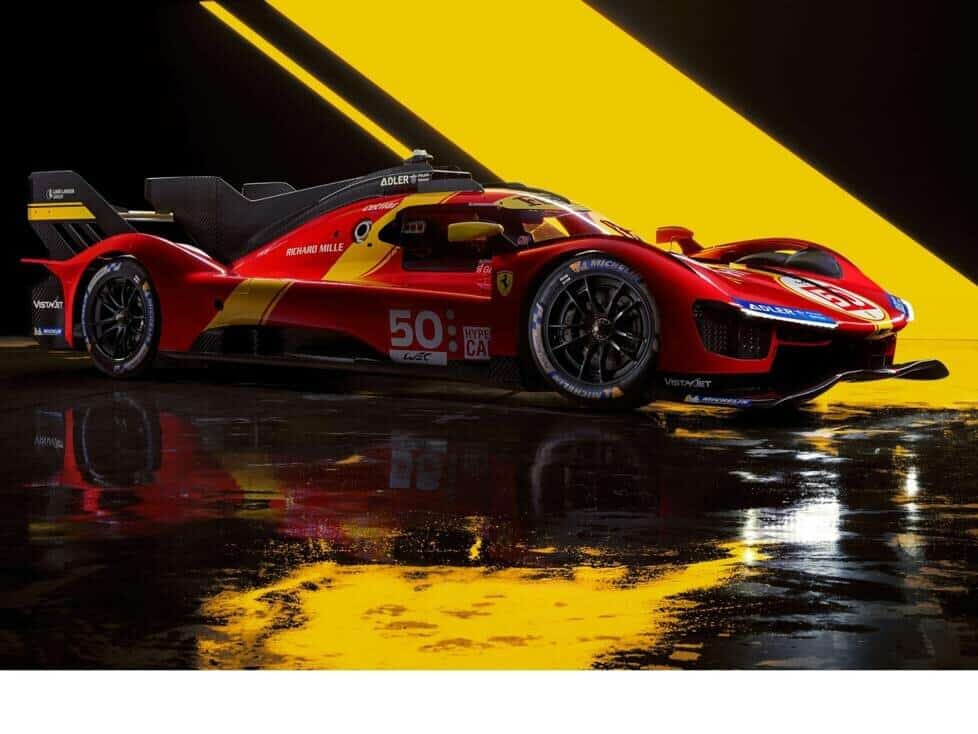 Ferrari’s LMH bolide: the 499P will be the car with which the legendary marque will compete for overall victory at the 24 Hours of Le Mans for the first time since 1973

Ferrari’s Le Mans hypercar has been revealed: Ferrari will race for overall victory in the 24 Hours of Le Mans for the first time in exactly 50 years next year with the Ferrari 499P powered by a V6 turbo engine. The LMH cars entered by AF Corse will also contest the entire 2023 World Endurance Championship (WEC).

The engine might immediately make you think of the Ferrari 296 GTB. The cylinder bank angle of 120 degrees also fits in. But Ferrari assures us that it is its own, independent power unit.

“It’s not the same engine,” says Ferrari’s GT design chief Ferdinando Cannizzo. “It has the same architecture as the 296, but it is part of the car’s structure. That means its structure has to be designed quite differently. “

“A V6 is definitely the way to go if you look at where the road is going with our road cars. It was the natural way to go. We didn’t have to compromise either: A V6 is small, light and compact. That makes for advantages in packaging, weight distribution and centre of gravity.”

The body colour scheme is based on the design of 1973, when Ferrari last competed in the World Sports Car Championship. The yellow accents in the red colour scheme are reminiscent of the bolide on which Jacky Ickx, Brian Redman and Arturo Merzario, among others, brought the title to Maranello. The colour scheme already brings back memories of a famous fast food chain for some fans.

One of the two Ferraris will wear the starting number 50 – as many years as Ferrari was absent from the top class at the 24 Hours of Le Mans. The second car will wear the number 51, with which AF Corse has been active in GT for many years and has taken four titles in the WEC.

Ferrari sportscar boss Antonio Coletta describes the 499P as “a reminiscence of our past and a manifesto for our future. Endurance racing is part of our history. We have always used this type of sport to test new technologies.”

The LMH regulations, which allow manufacturers to give their hypercars a “corporate identity”, have also been used by Ferrari. “When I see this car, I definitely see a Ferrari,” Cannizzo says.

The trademark is the two-part rear wing. The design department “Centro Stile” was able to give the car a real design feature here. The idea of competing without a rear wing has already been booked by Peugeot.

The lower element includes an LED strip as a tail light, similar to the Porsche 963 according to LMDh regulations. “It was able to play a bit with our ideas there,” Cannizzo comments.

No drivers were confirmed at the presentation. “They will be from the Ferrari family,” Cannizzo promised. “We have very good drivers in our GT programme. It will be 100 per cent an internal solution.”

Ferrari has completed more than 12,000 test kilometres with two chassis of the 499P so far. Homologation is due before the end of the year. Race debut is at the 1,000 Miles of Sebring, the WEC opener in 2023.