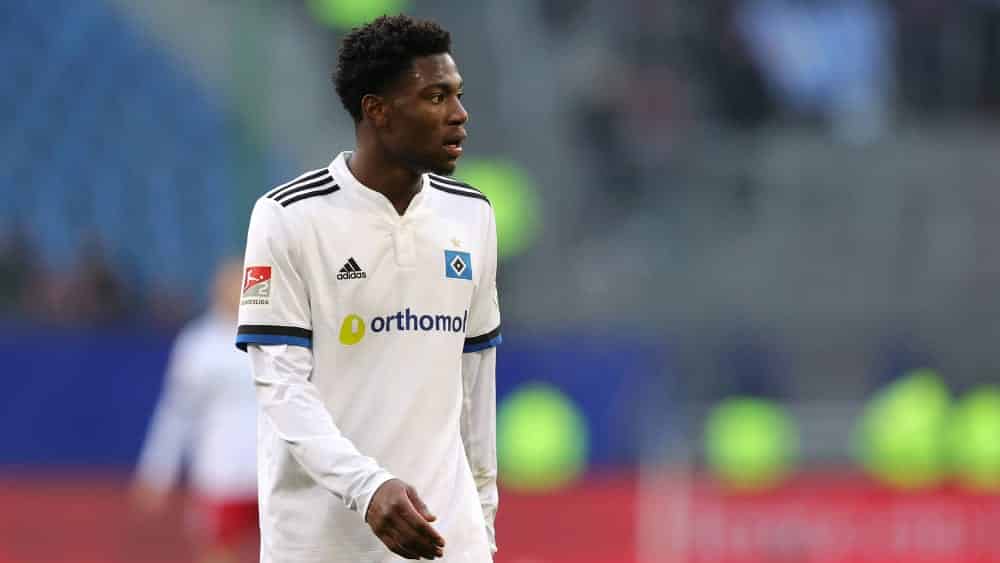 Well over half of all Bundesliga clubs are or were hot for Hamburg’s high-flyer Faride Alidou. Now it seems clear: Eintracht Frankfurt will make the running.

Alidou only made his second league debut for HSV on the 10th matchday of the current season, in the 1:1 against Düsseldorf on 16 October. Only a short time later, the 20-year-old left winger was the talk of the town. On the one hand, because of his rocketing start with currently two goals and four assists in now nine second league appearances. On the other hand, because the contract of the German U-20 international with Togolese roots expires next summer.

With the exception of the absolute top clubs like Bayern and Dortmund, this has put practically the entire Bundesliga on notice in recent weeks. The number of clubs that have documented a concrete interest in signing the player on a free transfer is in double figures. Shortly before Christmas, Alidou’s decision is now imminent. The clear favourite is Eintracht Frankfurt.

It has been clear for a few days now that, contrary to HSV’s wishes, the promising youngster will not be extending his contract with the current third-placed team in the second division. At the beginning of the week, three Bundesliga clubs, including Frankfurt and Bayer 04 Leverkusen, had serious hopes of signing Alidou.

The only thing that remains open is when Alidou’s decision will be made public – and when the transfer will actually take place. In principle, HSV does not want to lose its own youngster for free, but on the other hand it needs him in the race for promotion. The player himself could easily live with a transfer until the summer, both from a sporting and financial point of view, as could Eintracht. A possible model: Frankfurt secures Alidou now for a moderate transfer fee and loans him back to Hamburg for the time being. Until the end of the season or optionally for one and a half years. However, negotiations on this are still pending between all parties involved.