Upamecano’s half-year with ups and downs 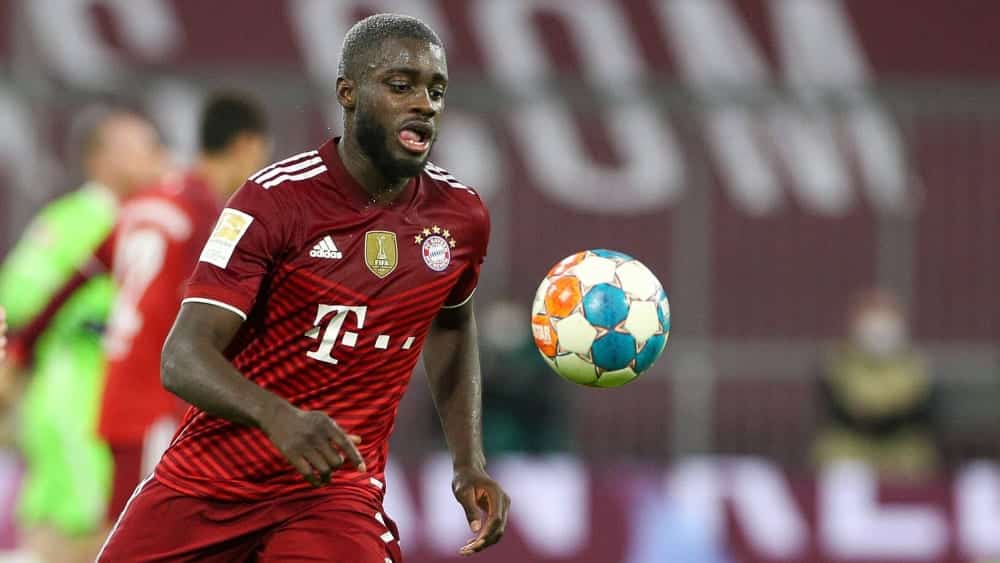 FC Bayern transferred €42.5 million to RB Leipzig in the summer for Dayot Upamecano in order to be in a top position in central defence after the departures of Jerome Boateng and David Alaba. Behind the 22-year-old lies a first half-year at the record champions with ups and downs.

As we all know, the last impression sticks, and in Dayot Upamecano’s case it was a good one. In the 4-0 win over VfL Wolfsburg to close out the first half of the season, he defended with concentration and determination, becoming the first Bayern defender this season to score a goal and set up another. “He finally scored a goal,” coach Julian Nagelsmann was pleased, “and he was very concentrated in the rest of the defence. Dayot put in a good performance.”

All’s well that ends well? Not quite. Although Nagelsmann attests the Frenchman “a stable first half of the season with two weaker games”, this is somewhat glossed over, there were twice as many. In the 1:2 loss against Eintracht Frankfurt, the centre-back made a mistake, as he did in the 3:2 win in Dortmund. The same was true at the start of the season, when he was lucky that the referee did not whistle two penalties against him in the 1-1 draw in Mönchengladbach. Upamecano also had a completely useless day in the 0:5 defeat in the DFB Cup in Mönchengladbach, grade 6. At the start of the second half of the season, Upamecano will face Borussia for a third time, an opportunity for revenge.

Enough of the criticism, Upamecano also more than hinted at his outstanding qualities: Tackling and heading strength, consistent forward defending, good anticipation. Against Wolfsburg and Hoffenheim he got the mark 2, in the 5:1 in Leverkusen even the 1.5 as in the Champions League in the 3:0 in Barcelona. Upamecano’s next goal must be to consistently deliver top performances and minimise his lapses. He has the prerequisites for that. “He is still a young player, you sometimes forget that because he has been playing in the Bundesliga for so long,” Nagelsmann asks for patience. As a reminder: Upamecano came to Leipzig from Salzburg in January 2017. He has now played 127 Bundesliga games, 25 in the Champions League and six for France’s senior national team. Upamecano has outgrown his status as a talent, but he is far from having reached his personal limit.