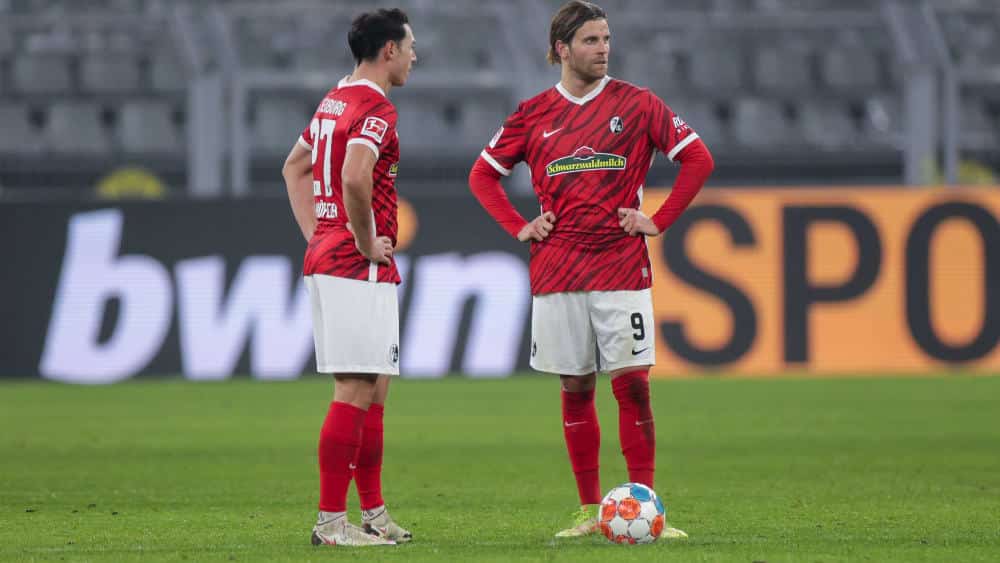 SC Freiburg travelled to Dortmund in fourth place in the table. In the end, however, it was clear that the Breisgauers were absolutely unable to keep up this evening. This was also recognised by striker Lucas Höler.


Soumaila Coulibaly and Sebastian Kehl, now a licence player manager at BVB, had set SC Freiburg on their way to a 2-0 win on 21 October 2001, which was to be the Breisgauer’s last Bundesliga victory at the Schwarz-Gelben to date.

The fact that this negative run continued on matchday 19 was due not only to a dominant performance by the hosts, with Thomas Meunier, Erling Haaland and Mahmoud Dahoud scoring twice, but also to the SCF performance itself. Especially in the first 45 minutes, the visitors did not get into the game at all, let themselves be outplayed and were hardly noticeable offensively.

Lucas Höler summed it up in his own clear words after the game: “We simply played a bad game.

“Everyone played a bad game “

The Freiburg centre-forward, who hasn’t scored in five league games, added: “We didn’t manage anything we set out to do – especially when you then catch two standard goals like that. We just couldn’t get anything today. “

In his analysis, Höler also acknowledged Dortmund’s very good performance, but quickly returned to his team’s own misconduct. His closing statement: “Today we also let ourselves be impressed somewhere, we didn’t get into the duels. Nobody got into the game, and then you’re still trailing 0:3 at the break.” Because of this, he said, “everyone should look at their own noses. Today everyone is disappointed that we lost 1:5 and everyone played a bad game. “