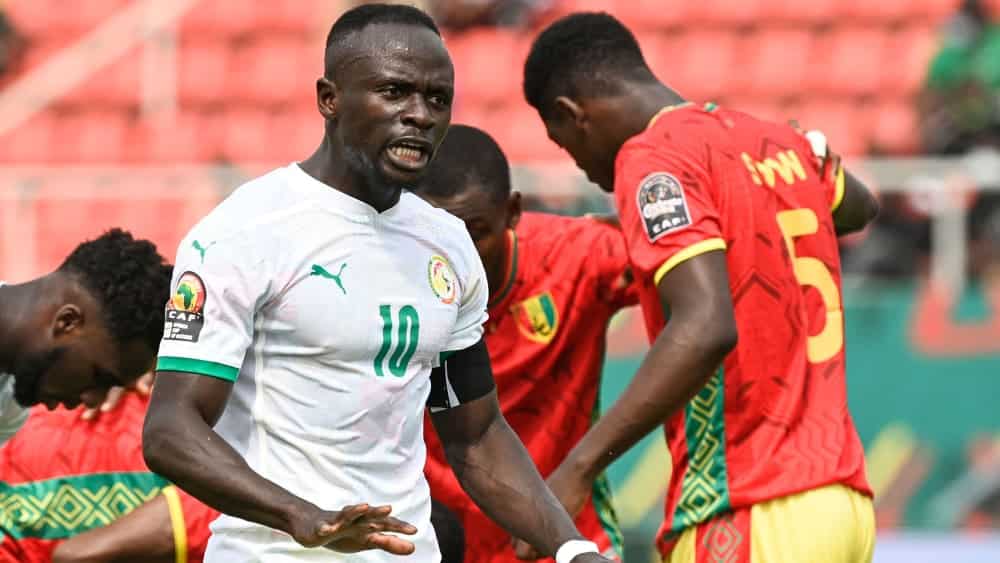 Senegal missed out on distancing opponents Guinea in the top Group B match. Sadio Mané and Co. had to hold their own

Meek would have been a flattering description of how Senegal found their way into their second group match. Mané and Co. started more than ponderously, posed no threat whatsoever and faced an opponent who solved that much better.

Guinea – led by Mané’s Liverpool colleague Keita and Leipzig’s Moriba, who had the first chance from a free-kick (9th) – were clearly superior in the first period. The nominal guests advanced carefree into the opponent’s third, where they did not manage to score. After a free-kick chance for Senegal by Bayern’s Sarr (15th), they should have struck on the counter-attack, but Guilavogui’s picture-perfect counter-attack was too central (31st).

After the break, however, it was a completely different game. Suddenly, a much improved Senegal was pressing and creating some really good chances. Ex-Dortmund Diallo headed dangerously from a corner, Guinea keeper Keita had to stretch himself and made a great save (56th), while his front men hardly managed anything.

Arguably the better chance came a little later from Sarr, who was played in by Mané and let an opponent slip to the right of the penalty area – only to put the ball carelessly past the far corner (67th).


Unlike in the first group match, where Mané scored the winner in injury time, this time the score remained 0-0. Senegal and Guinea therefore continue to lead Group B together.