Hofmann no longer goalkeeping coach at Türkgücü – Dreher takes over 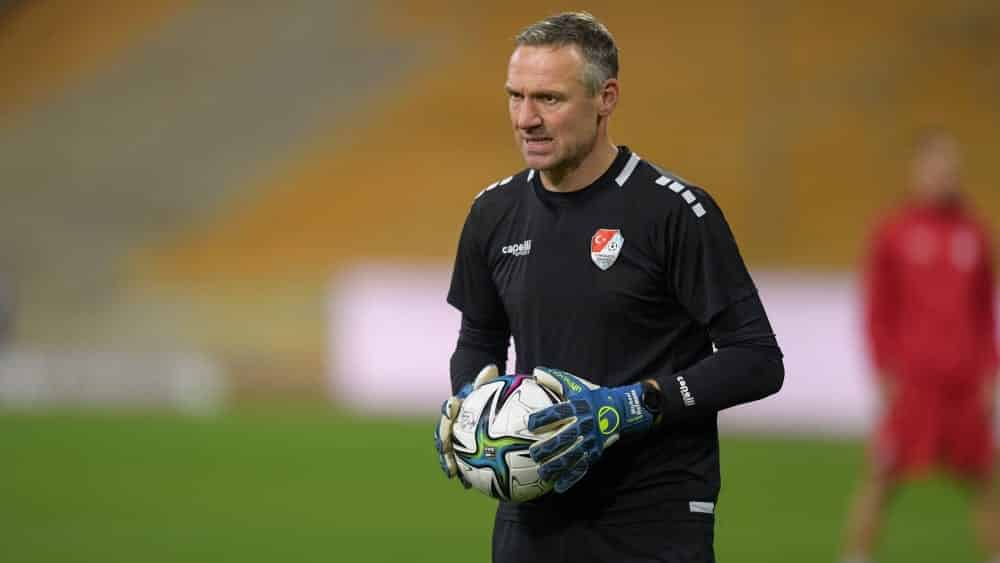 Michael Hofmann is no longer goalkeeping coach at Türkgücü München. However, Bernd Dreher has already been appointed as his successor.

As Türkgücü announced, the club’s management and the 49-year-old Hofmann have agreed on an “amicable cancellation” of the contract, which originally ran until the end of the season.

The reason for the immediate separation is said to have been different views on the direction of the club: “I regret that the cooperation with Michi Hofmann ends at this point. Due to differing views on the further direction and future path of Türkgücü München, we have mutually agreed after extensive discussions to terminate Michi’s contract by mutual consent and with immediate effect,” managing director Max Kothny is quoted as saying on the club’s website. “Not only I, but the entire club owe Michi a great debt of gratitude. “

Hofmann: “Many successes and recently also some lows will always be remembered “

Hofmann joined the Munich club in 2017 while still in the Landesliga. In the beginning, he even made a few appearances between the posts, and since autumn 2017 he has been working as a goalkeeping coach. During his time, Türkgücüs were promoted three times up to the 3rd league. “Thank you very much for the great cooperation over the last four and a half years. Many successes and recently also some lows will always be remembered. I wish everyone health, joy and maximum sporting success for Türkgücü München,” the 49-year-old said goodbye.

Hofmann made a name for himself in the Bavarian capital as a regular keeper for 1860 Munich for many years. Between 1996 and 2010, he kept goal 80 times in the 2nd division and 82 times in the Bundesliga for the Löwen. After 2010, he moved to Jahn Regensburg. He was promoted to the 2nd division with SSV and made a further twelve appearances in the lower division before winding down his active career in Bayreuth and Pullach.

Only shortly after the announcement of Hofmann’s departure, Türkgücü also presented his successor: former Bundesliga keeper Bernd Dreher took over the job on New Year’s Day. Dreher made 153 Bundesliga appearances for Bayer Uerdingen, Bayer Leverkusen and Bayern Munich, and also played in 70 second division matches for Uerdingen. After his active career, he embarked on a coaching career and worked as goalkeeper coach for Bayern and Schalke. He then moved abroad, most recently under contract with Ludogorez Rasgrad.

“We are happy to be able to present Bernd Dreher as an extremely competent successor to Michael Hofmann. Bernd has already experienced a lot in the football business: Not only does he bring experience from over 150 Bundesliga games from his active career, but his almost 20-year coaching career also shows some remarkable stations. The coaching team and the goalkeeping team will certainly benefit from his expertise,” said Kothny.