Ex-professional Fuchs and a former international: Here’s what’s next for Hannover 96 II 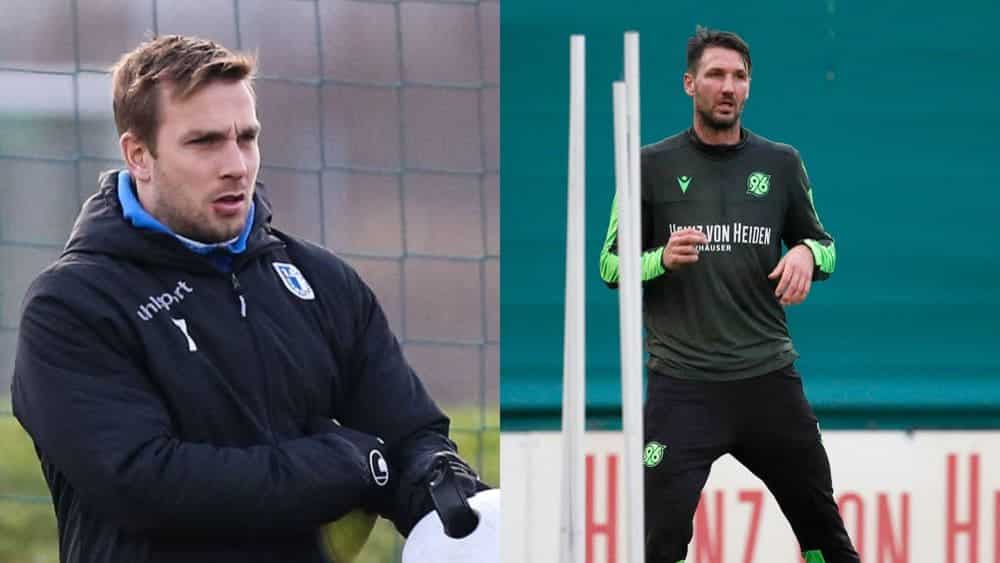 After the promotion of Christoph Dabrowski to the second division pros, Hannover 96’s second team in the Regionalliga has a new and quite prominent line-up.

Thanks to Thilo Töpken’s equaliser 20 minutes from time to make it 2-2 in Hildesheim, Hannover 96’s second team secured a point in the long-distance duel with SSV Jeddeloh II – and with it the tie which, thanks to the better goal difference, entitles them to start in the promotion round of the Regionalliga Nord in the spring.

A first small success also for Lars Fuchs. The 39-year-old had previously coached the U17s in the Bundesliga and moved up to the U23s after Christoph Dabrowski’s promotion to the pros. A win-win situation can now arise there: The A-licence holder with the goal of becoming a football coach, who had already supported Dabrowski for two years in the past, is seen as a coaching talent that the club would like to promote in order to, similar to what competitors are doing, perhaps one day be able to fall back on a head coach from their own ranks if there is a need. Dabrowski and previously, among others, Daniel Stendel (once a youth coach at 96) went down this path.

Fuchs is to be supported by Christian Schulz. The 38-year-old former international (four caps between 2004 and 2010) had ended his active career in Hanover’s reserves in the summer of 2021 and fully concentrated on his own further education, also with the goal of becoming a football teacher. “We also want to develop our staff in the academy. Lars and Christian have earned a good reputation, so it will remain with this constellation for the time being,” said 96 sports director Marcus Mann.

For the duo, who are recognised by the players, there is thus a good chance of proving themselves in the adult sector. Good results are to be expected there, but there is no great pressure in the form of possible relegation worries after reaching the promotion round. However, if the club decides to change its personnel in the summer, ex-striker Fuchs, who once played for Hannover II and also played 60 second division games for Lower Saxony rivals Eintracht Braunschweig and VfL Osnabrück between 2003 and 2009, would have an attractive option in continuing to coach a junior Bundesliga team at 96.

Another advantage of the solution that has now been found is that the contact between Fuchs and Dabrowski remains close, which can only be beneficial for the path of young academy players to the pros.