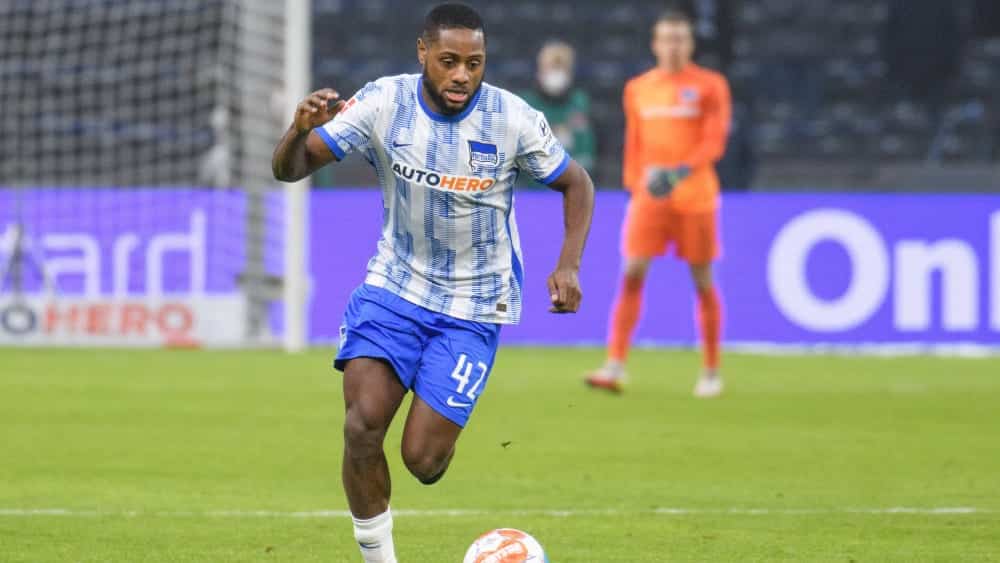 What manager Fredi Bobic had already hinted at is now a reality: Deyovaisio Zeefuik leaves Hertha BSC and moves to England on loan to Blackburn Rovers.

“In the past few days, the possibility of a move to England has arisen for Deyo. He wants to use this chance for more playing time and for further development. We have now reached an agreement with Blackburn that suits all sides and wish him every success in his upcoming assignment,” Bobic was quoted as saying in a club statement.

The Dutchman came to Berlin from Groningen in 2020, but was unable to completely fulfil the expectations placed in him. The winger has scored just one goal in 34 competitive matches.

New start on the island

2021/22 the former Dutch junior international made eleven appearances for Hertha in the Bundesliga, but was hardly convincing.

In the Championship (second English league), the 23-year-old now hopes for more playing practice. Blackburn are currently third in the table with 46 points and are within sight of the direct promotion places, which are currently held by Fulham (48) and Bournemouth (49).