Rangnick can plan again with Cristiano Ronaldo and Sancho 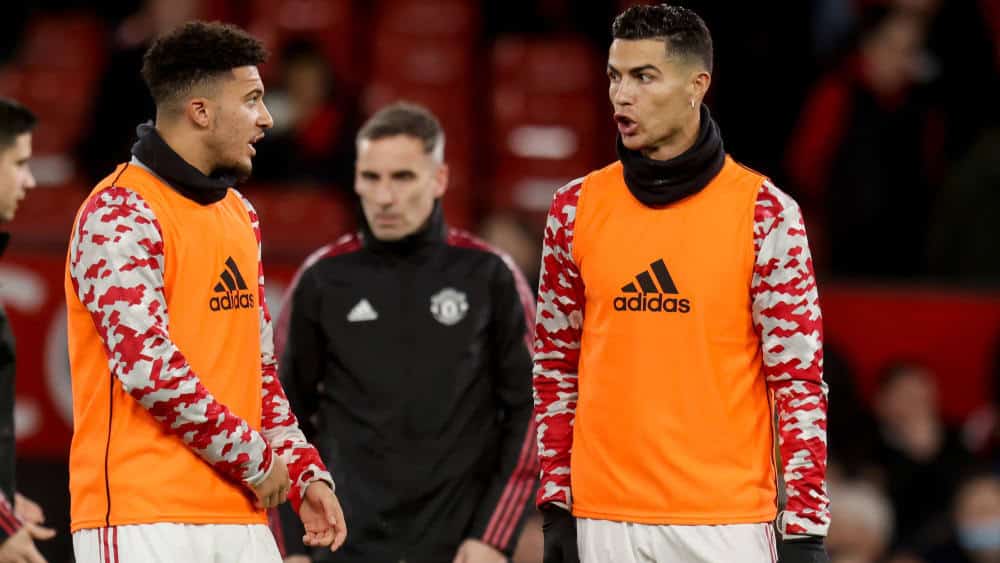 Aston Villa, the second: Within five days, Manchester United will once again face the team from Birmingham – but this time probably with Cristiano Ronaldo.

On Friday, interim coach Ralf Rangnick gave out some information about the Red Devils’ personnel. Compared to the FA Cup match against the Villans, the former Bundesliga coach will be able to call on Cristiano Ronaldo, Jadon Sancho, Phil Jones and Harry Maguire again. The quartet were missing from the 1-0 cup win five days ago, which Scott McTominay secured with an early goal.

“I think they are available, even though Harry was able to train again for the first time on Wednesday and Cristiano on Thursday,” said the 63-year-old Rangnick. Barring anything more serious happening, this four players will be at Villa Park on Saturday night

Shaw and McTominay forced to rest – Pogba still not a candidate

Rangnick will certainly have to do without Luke Shaw and matchwinner McTominay – they each picked up their fifth yellow card recently and are missing through suspension.

Paul Pogba is also still injured after the Frenchman suffered a thigh blister in training with the national team at the end of November.