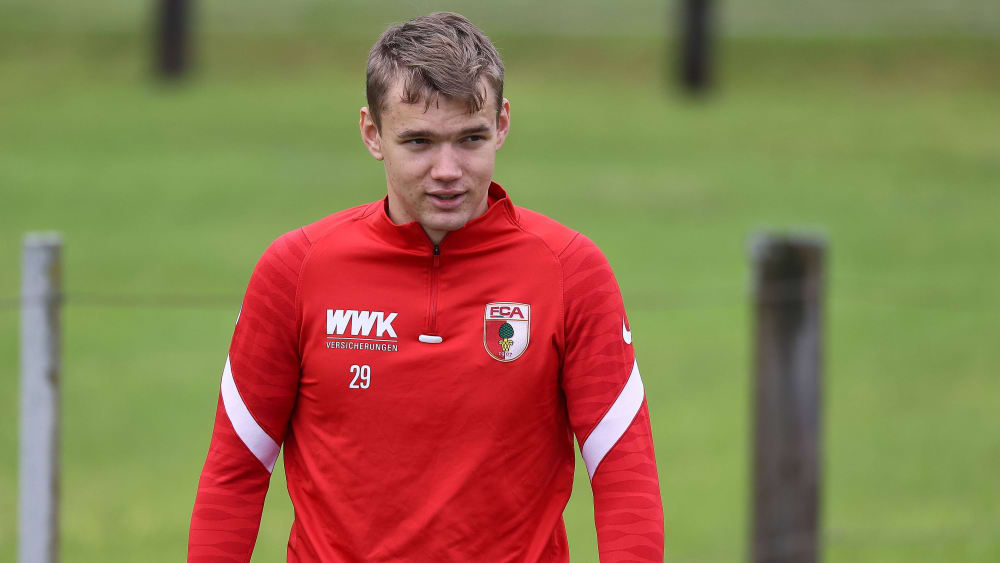 In Germany’s U-19 national team, Lasse Günther is currently a permanent fixture. In Augsburg, on the other hand, the talented newcomer still has to be patient.


With the 4:1 victory over the Netherlands, the German U-19 team achieved the third win in the third match of this four-nation tournament after victories against Slovakia (6:1) and Portugal (2:1). Among them: Lasse Günther, who was in the starting line-up in two of the three games. To play at all would be his dream at FCA, which the 18-year-old joined in the summer on a free transfer from FC Bayern.

However, Markus Weinzierl believes that it will take a while for him to achieve this goal. “He is actually still a youth player,” says the FCA coach, “a good talent who we want to give the necessary time.” Besides, with Iago and Mads Pedersen, “we have two players who are ahead of him. Lasse still needs something.”

The left-back has already achieved a lot in his young career, playing in the record champions’ Under-19 Bundesliga talent squad at the age of 16, as well as Youth League, the Champions League for that age group. At 18, he also wore the jersey of Bayern’s third division side. Promising prospects that he put aside for Augsburg.

This summer, the defender decided to make a move to Augsburg. Back to FCA, whom he had left for Munich in 2016. “We trust him to make the immediate step into our Bundesliga team,” Stefan Reuter, the managing director of sport, emphasised at the time. An expectation that has not yet been fulfilled. Which, however, should be fulfilled in the foreseeable future.