Leki interviewed: “I wouldn’t keep talking the Bundesliga into rubble” 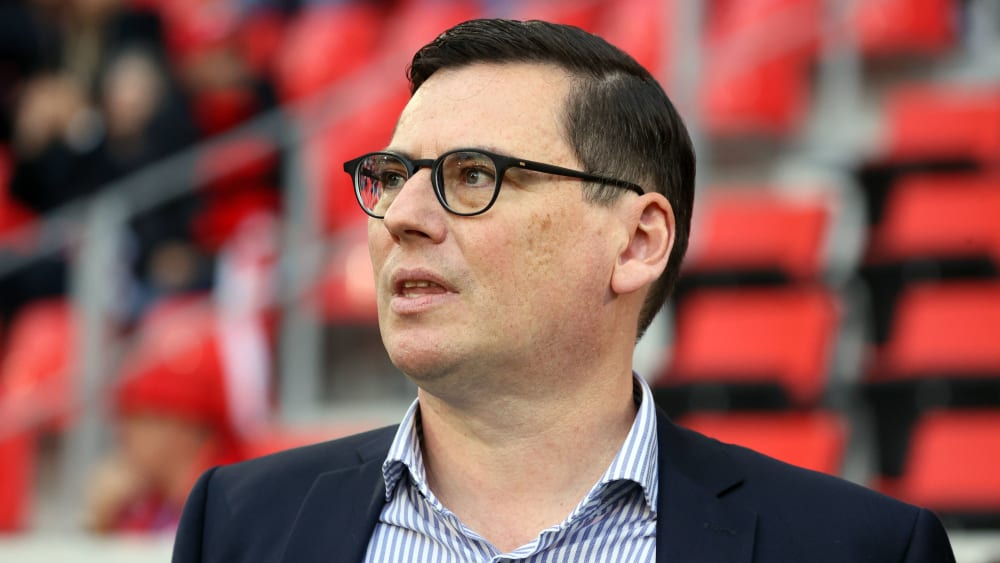 In an interview with kicker, Oliver Leki, SC Freiburg’s director of finance, organisation and marketing, distances himself from Frankfurt’s CEO Axel Hellmann, calls for a professionalisation of the DFB’s management structures and once again argues for the preservation of the 50+1 rule.

Mr. Leki, do you believe that the 50+1 rule can continue to exist in German professional football in the long term?

Yes, I believe that more than ever. I have been standing up for the preservation of this rule in all clarity for many years. It is very pleasing that, according to the Bundeskartellamt, the basic 50+1 rule is not subject to any antitrust concerns. It will now be our task as the DFL Executive Board to enter into dialogue with the Bundeskartellamt in order to either dispel the remaining concerns that have been raised or to find solutions in order to ultimately have a regulation that is viable under cartel law.

Do you see a legitimate interest of the Werksklubs and Hoffenheim on their requested exemptions?

I can understand the position of those who are directly affected. After all, they are also invoking an existing statute.

Isn’t it a conflict of interest if, for example, DFL board member Oke Göttlich, as president of FC St. Pauli – also an avowed supporter of 50+1 – allows himself to be summoned to the proceedings surrounding 50+1?

What has been bothering us for at least a decade is the fact that there are simply different views and positions on this issue. This is the case in the league and also in the committees. Many players with differing opinions on the subject have been invited and will weigh in on position statements. But the decisive thing is that we as the Presidium represent the interests of all 36 first and second division clubs. I feel obliged to do so. In any case, we are facing a real challenge.

“But that would not sufficiently protect our existing football system. “

This does not sound like a quick fix, but a further lengthy process.

What would be so bad about dropping the rule? Couldn’t the DFL use other instruments to try to preserve the Bundesliga culture and prevent the league from being flooded by big investors overnight?


In my opinion, the 50+1 rule protects football as I and many others like it. There are frequent attempts to bring up Financial Fair Play as a kind of substitute regulation. But that would not adequately protect our existing football system.

If at some point a club sues against the rule, we would also have legal certainty at the end of such a process.


It can certainly never be the goal to achieve anything within a league by taking legal action. I have a very clear stance on this, it should be prevented at all costs.

Eintracht Frankfurt’s CEO Axel Hellmann recently warned of a “dumbing down” of the Bundesliga, which would lead to a decline in international competitiveness. What does SC Freiburg, which has grown steadily but still belongs to the smaller half of the first division clubs, have to say about this?


I find the use of the term “dwarfing” completely inappropriate. If, for example, as was the case this summer, two smaller clubs are promoted to the Bundesliga and one large, so-called traditional club is not, then these two promoted clubs deserve great respect. This applies equally to the issue of staying in the league and relegation. And it does so unreservedly and without holding a range debate in the same breath. I would advise more restraint here and would not constantly talk ourselves into ashes as a Bundesliga. That doesn’t help us as a league. Nevertheless, we also have issues on the commercial side in the league that we definitely have to take care of.

The national television rights are the league’s most important centrally marketed product. The product is attractive without ifs and buts, but it must remain so. We will have to adapt to a media market that continues to change. Counteracting the declining revenues from foreign marketing will also be an important issue in the short term. We have to tackle these issues, but not at the expense of the common understanding that we are an association of 36, which includes FC Bayern, but also, for example, SV Sandhausen.

Do you see SC Freiburg as a small club in the Bundesliga?

We can assess ourselves realistically (laughs). But it’s about something else: I’m a big advocate of the 36th division, where there are bigger and smaller clubs with sometimes completely different realities. But despite everything, it remains a successful model. It is true that some achieve greater reach than others. This was also taken into account for the first time in the distribution of television money. I can also understand that. For me, it’s more about a fundamental coexistence.

A reconciliation of interests between Sandhausen and FC Bayern doesn’t exactly seem easy.

Exactly, that’s the art and the task of running a league association in which Bayern Munich and Sandhausen exist. There are those who say that you can’t reconcile the two, you have to separate them. I don’t believe that, because in the past decades the league has managed to reconcile them quite well. I don’t want to have that ruined. 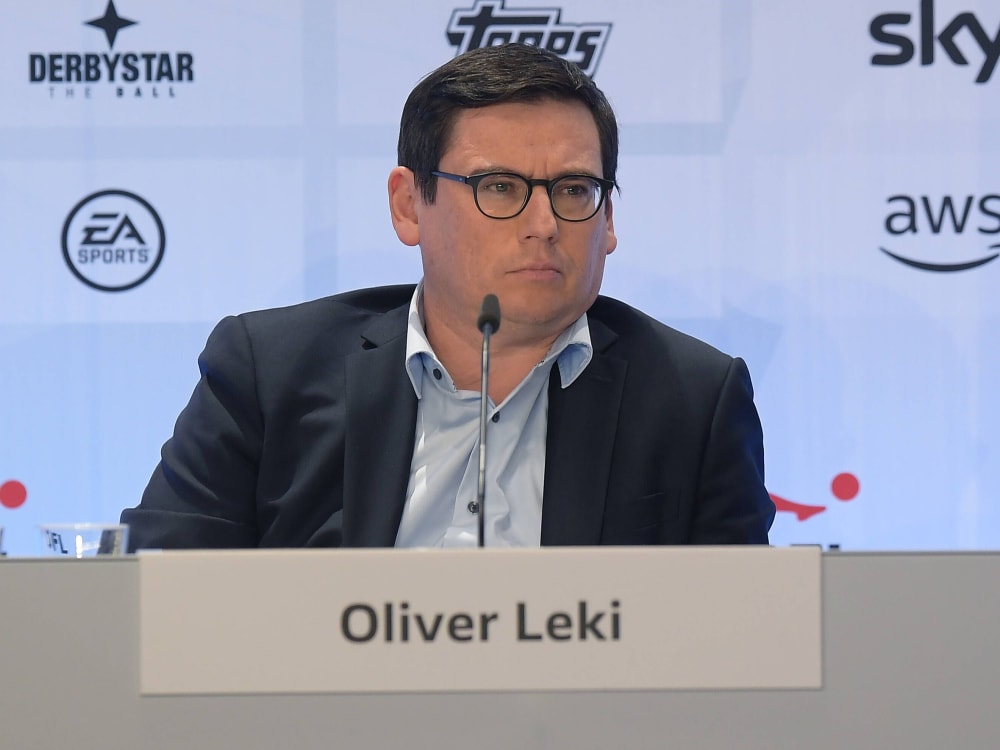 In what way do you want to keep the shop of the 36 together?

I will never tire of saying that all of the 36 members must do something to ensure that this federation continues to exist in the future. Therefore, compromises will be necessary in the future as well, and compromises rarely allow you to push through your maximum demands. I am convinced that this is the only right way. We will have to continue to talk and negotiate with each other and sometimes make painful compromises without it becoming a one-way street.

A fitting segue to the DFB: Can the world’s largest sports federation, for which you also sit on the presidium as a DFL representative, ever get back on track in its current form?
The Fritz Keller case shows one thing: the DFB lacks the right structures to lead such a large association professionally and successfully into the future. For me, that is the central message. But there are still people who are convinced – or at least pretend – that everything is fine and that the DFB is more of a victim. For me, that is hard to bear and an unsuitable basic attitude to initiate a process of change that is urgently needed. Of course, the question of who will be the next president is very important, but something else is more decisive for long-term success.

“I want nothing more than a well-managed and successful DFB. “

What do you mean specifically?

Among other things, I am convinced that in the context of a spin-off, there needs to be a full-time top management that runs the business with a comprehensive scope of responsibility against which it can also be measured. The tasks and role of the president must also be clearly defined. For me, these are very central points, but they must be implemented consistently in order to really take a step forward.
You are speaking as a representative of a professional club. The regional associations, and with them the amateur clubs, fear for their influence in such a structural reform. How do you intend to protect their interests?

I understand that, as I do for many of the concerns of the regional associations. However, I think it’s worth taking a look at the DFL, where a strong full-time management was introduced many years ago that looks after the interests of all 36 members with far-reaching powers. Admittedly, this is more complicated at the DFB, but I still think it’s the right way to go. A voluntary presidium cannot do this and too many interfaces are highly inefficient.

Doesn’t it currently look like there will simply be a new election at the extraordinary DFB Congress in March 2022 and everything will continue structurally as before?


I have made my position very clear. The issue is far too important to go along with bad compromises.

This means, by implication, that the DFL must intervene?

The DFL is a member of the DFB and therefore bears responsibility within the association. We make our positions clear. However, one must have the impression that a real debate about the best solutions is not really wanted by some. I want nothing more than a well-managed and successful DFB.