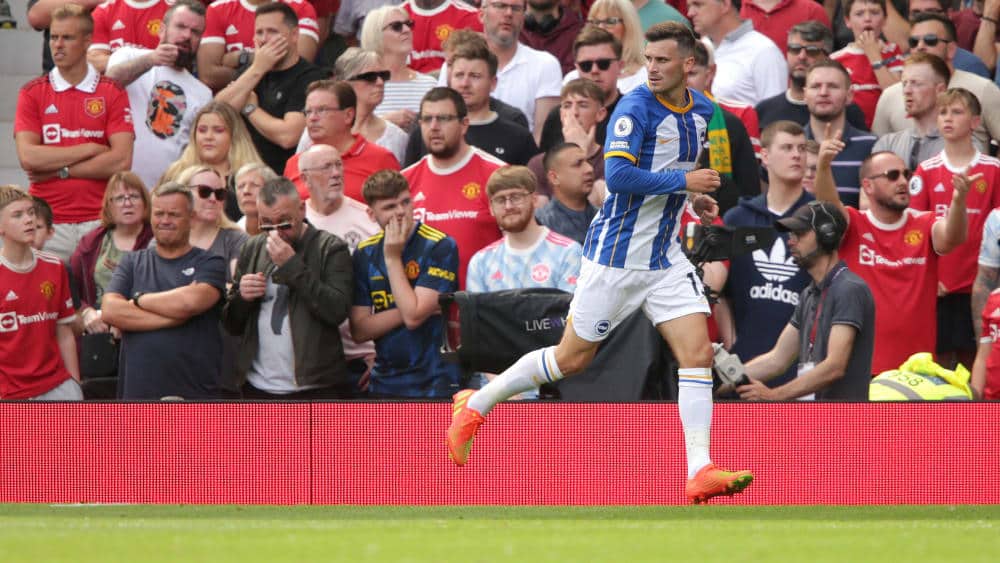 
Manchester United have made a false start to the new Premier League season. After a promising preparation, new coach Erik ten Hag made his league debut with two new signings in centre-back Martinez and playmaker Eriksen – but the match plan did not work out. Without Cristiano Ronaldo, the Red Devils hardly developed any penetrating power, and Bruno Fernandes missed United’s best chance before the break (7th minute).


First Brighton could have taken the lead, but Trossard only hit the outside of the net after less than 20 seconds. More purposeful was the Belgian’s introduction of the 1-0, who sent Welbeck into the penalty area on the left. Groß took advantage of his low cross (30th).

Only nine minutes later, it was again the former Ingolstadt player who finally ensured silence at Old Trafford: After a great attack, de Gea deflected March’s shot right to the feet of Groß, who thanked him. United, with CR7 warming up before the break, were sent into the dressing room with boos.


Eight minutes into the second half, ten Hag had seen enough and the Dutchman brought on Cristiano Ronaldo for Fred. The Portuguese also sneaked into position a little later, finding Rashford with a perfect cross, but the latter failed to get the better of keeper Sanchez (60.).

Shortly afterwards, it was Rashford again who volleyed across the box at the five-metre area (65th). Eriksen’s awkward low shot was deflected around the post by keeper Sanchez (67.). The following corner, however, brought the equaliser, because Sanchez first missed and then also “forced” Mac Allister to score an own goal (68.).

After that, the home side played some powerplay football without being particularly forceful. Time was running out for ten Hag’s team. Martinez had the best chance to equalise, but his shot was blocked by Dunk (87th). So it remained a narrow but not undeserved victory for Brighton – the first ever in the club’s history at Old Trafford.

ManUnited are already under pressure in their next visit to Brentford next Saturday (18.30). Brighton will be looking to improve on that two-and-a-half hours earlier against Newcastle United, who were also victorious at the start of the campaign.