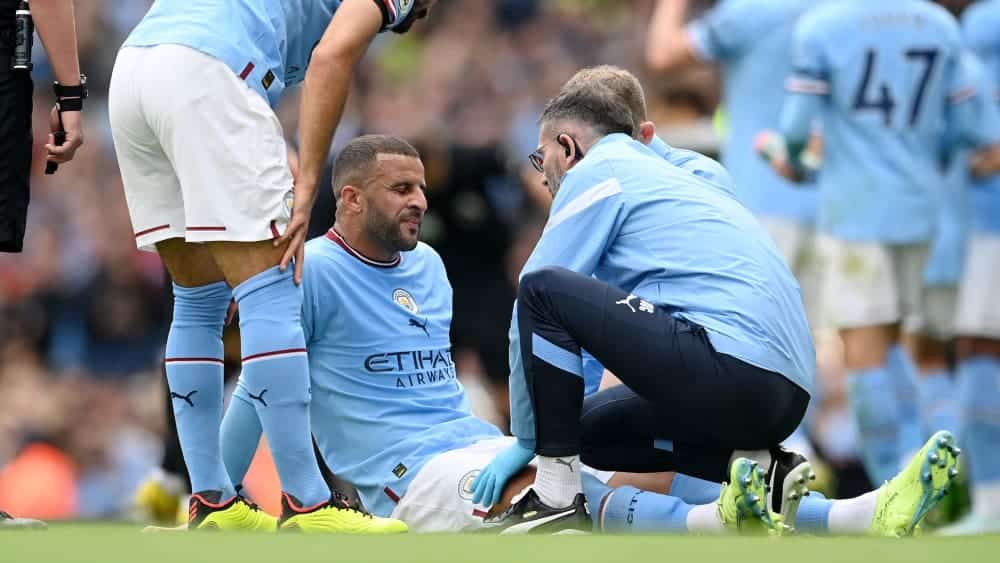 After being substituted due to injury in the Manchester city derby, Kyle Walker has now had to undergo groin surgery. The defender is now even threatened with a World Cup exit.

In the 41st minute of the derby between Manchester City and Manchester United (6:3) it had already been the end for Kyle Walker: Due to injury, the 32-year-old defender had to be substituted before the break.

As his club announced on Thursday, the 70-time England international subsequently underwent a groin operation which, according to a press release, was “successful”. Nevertheless, Walker will miss the Skyblues for an indefinite period.

This also puts Walker’s participation in the 2022 World Cup, which begins for England on 21 November with the clash against Iran, in jeopardy. The defender, who can be deployed in the centre or on the flanks, plays an important role in England coach Gareth Southgate’s plans precisely because of his versatility.