HomeFootballGhana threatened with elimination - sent off in absentia after the final...
FootballFootball News 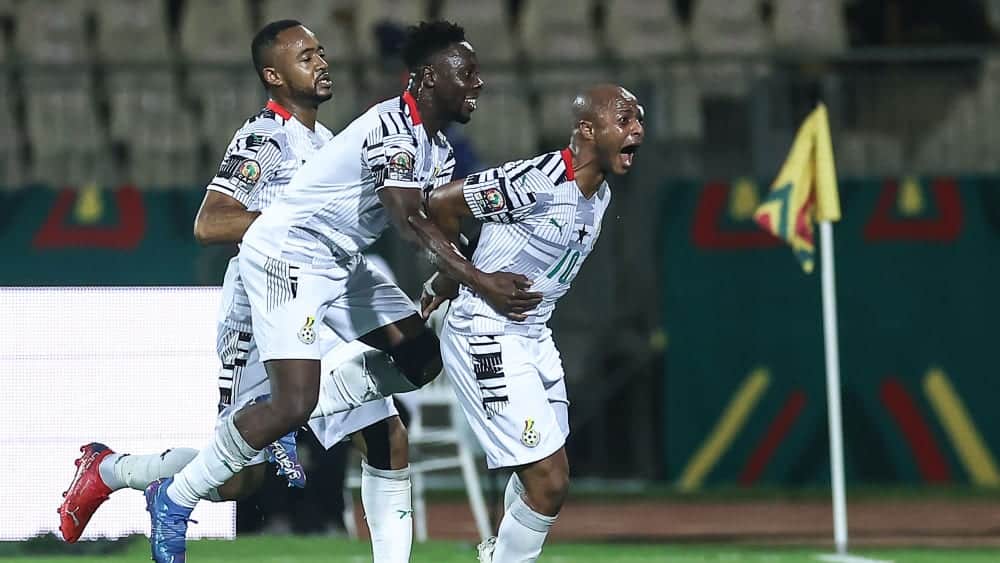 Ghana threatened an early elimination from the Africa Cup. Against Gabon, a too timid style of play ultimately cost them the victory. The 1-1 draw was overshadowed at the final whistle by a wild shoving match and a curious red card.


After a 1-0 opening day defeat to Morocco, Ghana were already under enormous pressure on matchday two. Another defeat against Gabon would have sealed their elimination from the preliminary round. The Panthers, on the other hand, had to cope with a major setback in terms of personnel, as leading figure Pierre-Emerick Aubameyang was once again absent.

The Arsenal professional had missed the 1:0 against Comoros because he had tested positive for COVID-19, and now he was diagnosed with heart problems, so he was left out as a precaution. Without their superstar, the Panthers lacked the necessary punch on the pitch.

Ayew is the exception

Sportingly, the match was not particularly pretty. The game was overshadowed by numerous duels and many fouls, which led to very many interruptions and consequently hardly allowed any flow of play to develop. There were no chances to score – and yet a goal was scored: André Ayew took advantage of the 20-year-old Oyono with a simple body turn and scored from 18 metres in a central position to make it 1-0 at half-time (18th).

After the break, the Black Stars retreated deep, too deep: Ghana came under more and more pressure and could thank ex-Bundesliga player Baba (Schalke, Augsburg, Fürth) after 63 minutes, who cleared Obiang with his head just before the line and prevented the equaliser.

As the game wore on, it became a game of vabanque for coach Milovan Rajevac’s team, who had to watch his Ghanaians stand almost fearfully around their own sixteen. This did not go well. Shortly before the end, Ghana’s right-back Yiadom gave Allewinah, who had been substituted earlier, too much space in the penalty area, which he promptly took advantage of to skilfully score from eleven metres on the left into the far corner for a deserved 1-1 (88th).

Curious epilogue after the final whistle

The final whistle sounded shortly afterwards, but there was to be an epilogue. After the final whistle, many a player’s fuses blew and there was a wild scuffle, shoving and a punch from Ghana’s Tettey against Boupendza. The VAR then contacted the Algerian referee, Lahlou Benbraham, who asked Ghana’s Partey to bring the cowering Tetteh back out of the dressing room. But he did not come out, leading to a curious scene in which Benbraham held up the red card and loudly said to whom.

It was the inglorious end to this competitive game in which Ghana blew a lead and left themselves in a difficult position to progress. First place in Group C is gone, second place is only possible with Moroccan support – the only real chance left is to qualify for the last 16 as one of the four best third-placed teams in the group. But even for that, a win over the Comoros on Tuesday is likely to be a must.