HomeBasketballFrom the West Coast to the East Coast with a new number...
BasketballBasketball NewsNBANBA News 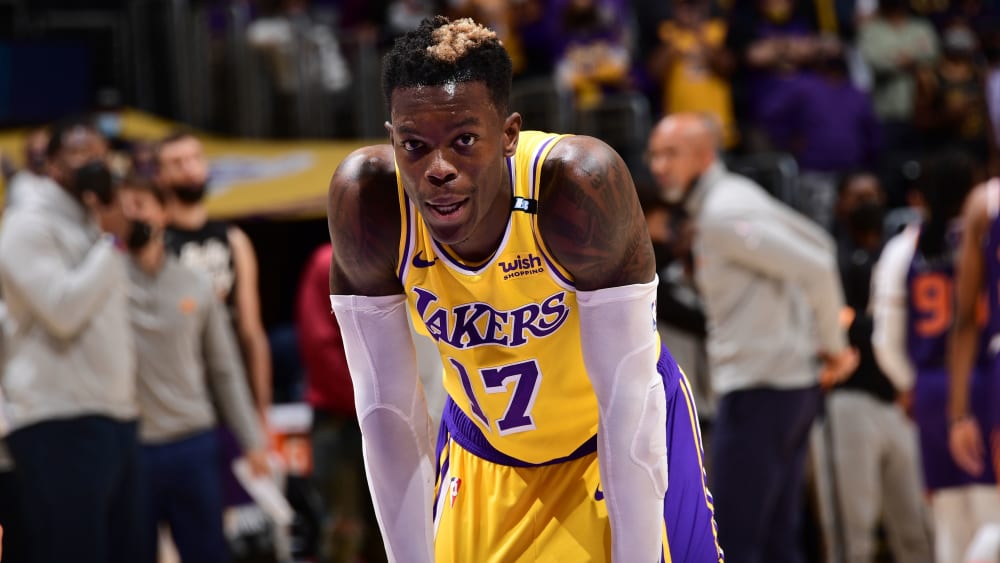 Last summer, Dennis Schröder turned down a four-year contract from the Los Angeles Lakers and joined the Boston Celtics on a one-year provisional deal. Ahead of the new season, he is looking forward to his time with the Green and Whites, despite a new jersey number.

The four-year contract with the Los Angeles Lakers would have paid Dennis Schröder a total of 84 million US dollars. Nevertheless, the man from Braunschweig turned down another commitment in California and signed on with the Boston Celtics for comparatively “only” 5.9 million dollars. This decision earned the 28-year-old a lot of ridicule on social media, but he is still looking forward to his time in Boston.

He can “hardly wait” to play for the Boston Celtics. “I played here a couple of times in the play-offs. The fans booed me, hopefully they’re cheering me on now,” the Braunschweig native said at the Celtics’ media day.

However, after his move from one record champion to the other, both the Lakers and the Celtics won the championship 17 times, “DS17” had to do without his usual back number. In honour of club legend John Havlicek, the number 17 is no longer assigned by the Celtics. Schröder therefore let his fans vote on the new jersey number via an app. In the end, it was 71 that he will wear in the new season. Curious: 96, the founding year of Eintracht Braunschweig’s arch-rival Hannover 96, was close behind 71 in the vote.

One of the reasons for his move to the east, he said, was a conversation with national team colleague Daniel Theis, who played for the Celtics from 2017 to 2021. “He told me that there is a great organisation here and a winning mentality. I want to bring my mindset of winning, I’ve been doing that my whole career,” Schröder stated.