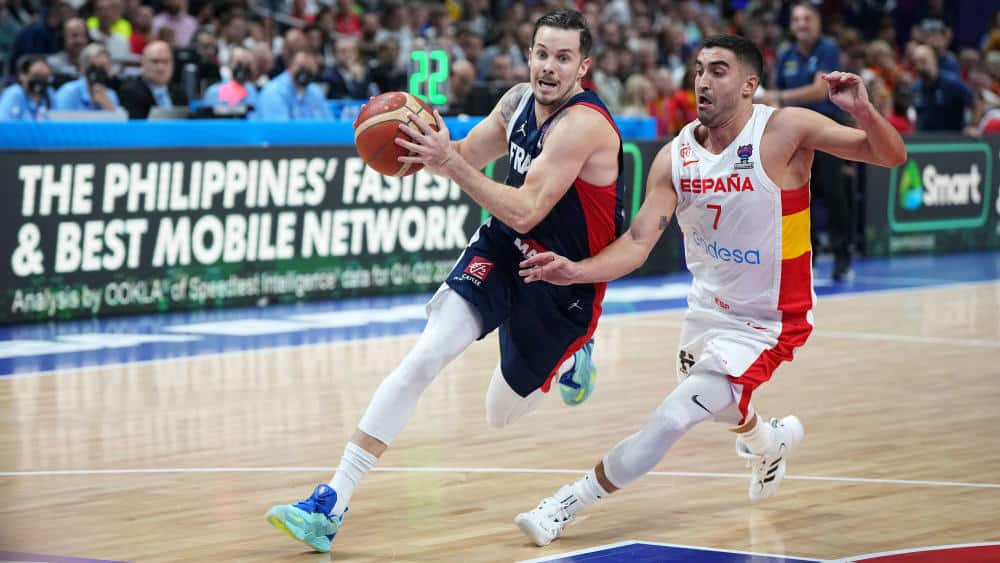 Vice European champions France are threatening Thomas Heurtel with expulsion from the national team. The point guard has moved to Russia

Vice European champion Thomas Heurtel (33) will probably not play for the French national team for the time being because of his club change to Russia. The national federation FFBB announced on Thursday that the point guard would be excluded “for the next international dates, including the 2024 Olympic Games”, if he indeed plays for Zenit St. Petersburg.

One-year contract on the Neva

Heurtel had signed a one-year contract with an option for another season at Zenit on Wednesday. The FFBB had already decided before the European Championship not to nominate players from Russian or Belarusian clubs until the end of the war.

Before the tournament, each nominee had even had to sign an affidavit stating that he “is not engaged with a Russian or Belarusian club and does not intend to sign a contract”.

Heurtel is moving to Russia for the first time in his career. Previously, the playmaker was active in his home country as well as in Turkey and Spain, most recently for Real Madrid.