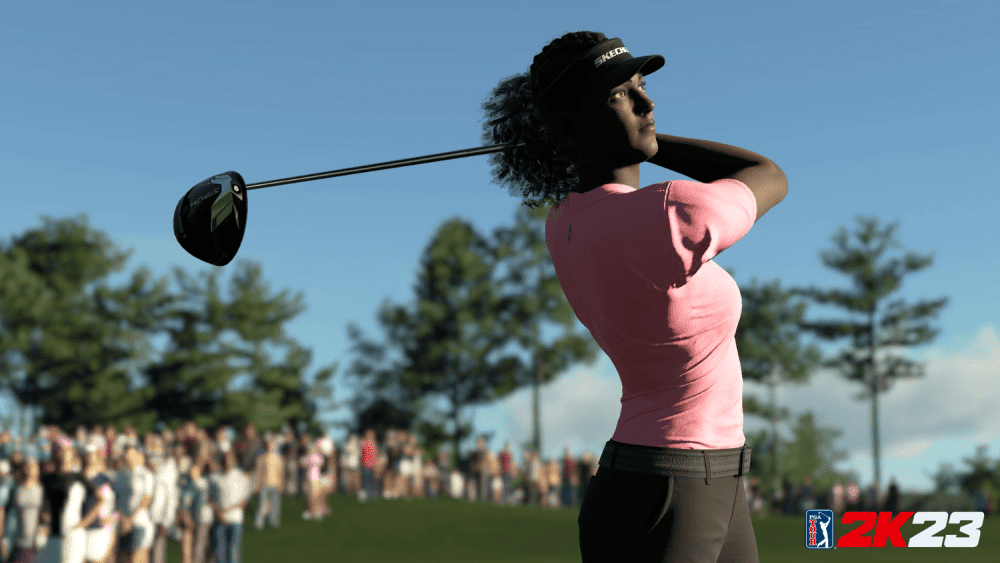 This year’s golf simulation from 2K, PGA TOUR 2K23, will be launched in mid-October. Role-playing elements will be incorporated into the career mode for the first time.

Even more realism and the most comprehensive individualisation that there has ever been for irons and putters – developer 2K promises nothing less for the career mode in PGA TOUR 2K23. For the first time, the golf simulation goes unusual ways and relies on different archetypes of golfers that can be further developed via skill trees.

Role-playing elements are to enliven the classic story

So role-playing elements return to the world of fine sports, in which the story is kept classic for it: With your self-created character, you set off on the Korn Ferry Tour, from which you can play your way to the top of the golfing Olympus. Destination of the journey: The eponymous PGA TOUR, where you will compete for the FedExCup with numerous authentic golfing greats such as superstar Tiger Woods, Lexi Thompson or Justin Thomas.

Along the way, the aforementioned skill trees are designed to help you improve your game. Whether it’s long drives towards the green or technically delicate putts on the green: with the right skills, you should be able to stay under par everywhere. Additional help is provided by your hardware. A new system of golf club fitting is supposed to add further depth to the individualisation through “unique combinations”.

Individualisation possibilities as far as the eye can see

A claim that is also made on a visual level: There is a plethora of ways to distinguish yourself from your competitors waiting in addition to the clubs. Numerous clothing styles, different caddies and balls should make each player as unique as possible.

In order not to lose sight of realism, the well-known commentators Rich Beem, Henni Koyack and Luke Elvy provide the right atmosphere in addition to the authentic professionals. Similar to FIFA 23, the presentation of the tournaments is also based on a TV broadcast to further increase the authenticity, while this is to be done on an individual level through rivalries and sponsors.

Players who want to test whether this endeavour succeeds may slowly dust off the tees and iron the glove. Depending on the version, the new series offshoot will be available from 11 and 14 October respectively.