HomeBundesligaFlick struggles with Bayern farewell: "Why did it come to this?"
Bundesliga

Flick struggles with Bayern farewell: “Why did it come to this?” 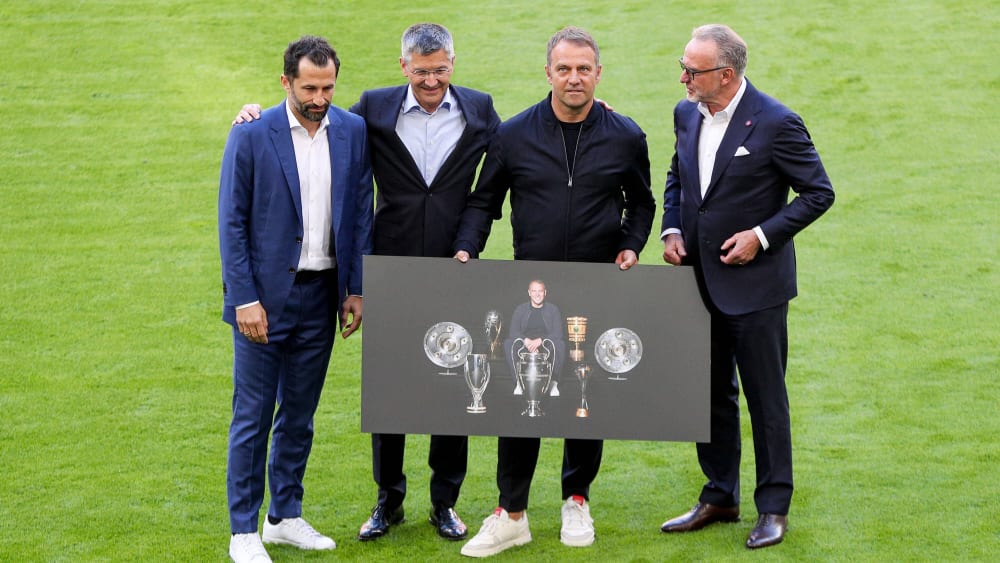 Hansi Flick would have liked his departure from FC Bayern to have been less noisy in retrospect – and admits his own mistakes.

After just over a year, Hansi Flick is still struggling with his departure from FC Bayern. “I do believe that I would do one or two things differently now. Of course, it would have been good to sit down again with one or the other to talk about things as they are, or as I perceived them, and to let everyone have their say,” said the current national coach in the Frankfurter Allgemeine Zeitung.


Concretely, he refers to Uli Hoeneß, Karl-Heinz Rummenigge and Hasan Salihamidzic, with whom he had clashed again and again at the end of his roughly 20-month tenure. “It’s always good to talk about it again to sort things out,” said Flick, who revealed, “There has been a rapprochement with Hasan in the meantime, I’m very pleased that we’ve been able to sort some things out. “

“I couldn’t just blow it all off at this stage “

Generally, Flick speaks of a “very special time” at FC Bayern. “I had a great coaching team, outstanding players, a great team, I wasn’t drained either, it was exactly what I enjoy. I sometimes ask myself: why did it come to this? “

In the end, his players would also have suffered from the increasing unrest. “At the end of my time at Bayern, there were moments when I took a wrong turn,” Flick admits in the “Süddeutsche Zeitung”. “I couldn’t just breathe it all away in that phase. And that’s why there were certainly moments when I was unfair to the team. “