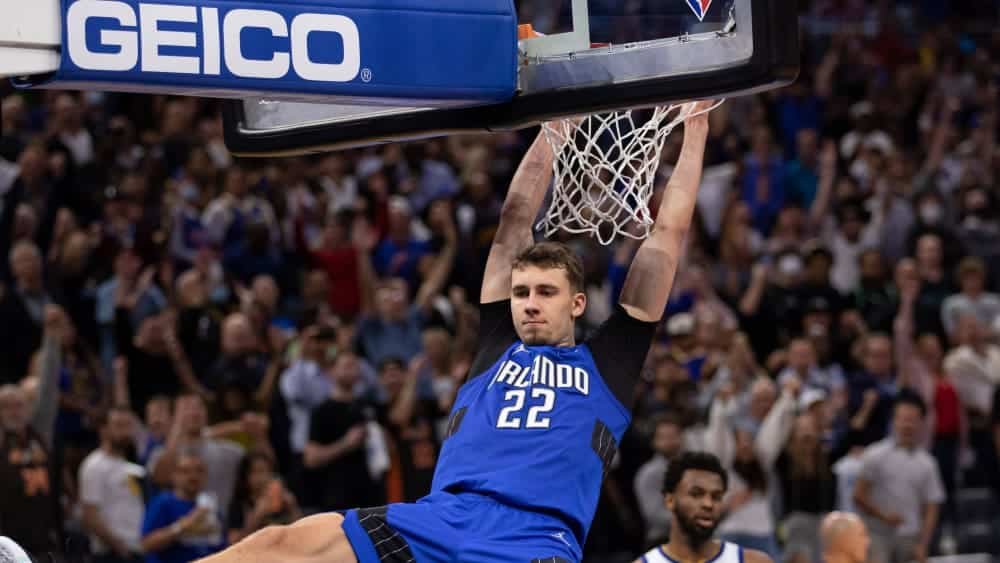 Great honour for Franz Wagner: The 21-year-old Berlin native of the Orlando Magic has become the first German player to be named to the “All-Rookie First Team” after a very strong first season in the top North American league NBA.

This selection groups together the top five rookies in a season, regardless of their position.

In voting among 100 media members from around the world, Wagner received 84 call-ups for the First Team and 15 more for the Second Team of the next best five. This put the forward, who had shone with an average of 15.2 points, in fourth place among all youngsters. Not even Dirk Nowitzki had made the First or Second Team after his debut season in 1998/99.

In addition to Wagner, the four highest selected players in the 2021 NBA Draft are Cade Cunningham (Detroit), Jalen Green (Houston), Evan Mobley (Cleveland) and Scootie Barnes (Toronto). Wagner was selected at number eight at the time.

Unlike the mid-season All-Star and Rookie Game selections, the First and Second Team selections have only symbolic significance. The selected players will not play together.