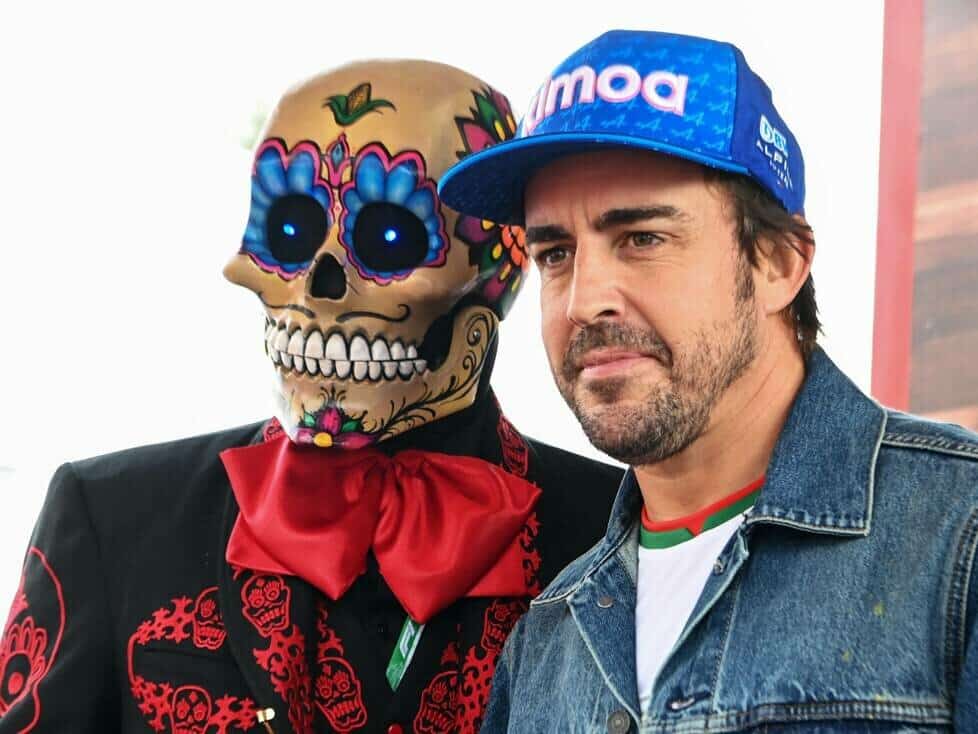 Fernando Alonso is out of seventh place again at the 2022 USA Grand Prix in Austin because Haas successfully protested the two-time Formula One world champion’s Alpine A522. But Alpine and Alonso don’t want to leave it at that and are lodging their own protest – against the Haas protest, which they believe should not have been allowed in the first place.

Alonso explains: “We are protesting because [the Haas protest] was outside the time window. And there were more things like that: that the FIA didn’t show me a black and orange flag.”

After his collision with Lance Stroll in the Aston Martin, the right rear-view mirror on Alonso’s car wobbled, and later the part even fell off. However, the FIA stewards had not identified any possible danger from the loose part during the race.

That’s why, Alonso said, the stewards now had to face criticism: “They thought the car was safe to continue with. The car went to the parc ferme, passed all the checks, and then came the protest, but it came too late. All in all, I don’t think there is any doubt that there was a wrong decision here.”

Alonso is still clear: “If it is the right decision, then Formula 1 will have a huge problem in the future. Then 50, 60 or 70 per cent of all cars will have to be shut down if there is an aero part that is no longer properly fixed. Because then that has to be classified as unsafe in each case. “

Furthermore, the timing of the Haas protest would take on a whole new dimension, Alonso says, namely, “It’s okay to be 20 minutes late with the protest.” He asks, “So when is it too late? An hour after? A month? Ten years? We can’t afford that. “

That’s why Thursday night at the Mexico Grand Prix will be “very important” for Formula One. That’s when a decision will be made in Mexico City on whether the Alpine protest against the Haas protest is admissible. If so, the case is likely to be heard in a further hearing.

Alonso stresses that he is not at all concerned about the seventh place he achieved in Austin: “I couldn’t care less about seventh place. I’m not fighting for the title. But if it continues like this, it opens the door for … We don’t want that. “

Alonso said he was relying entirely on the world governing body for motor racing, which was showing itself to be “very transparent” in the 2022 Formula One season. “The new leadership around Mohammed [bin Sulayem] is doing things a bit differently than in the past. I have full confidence in their decision.”

Alonso, however, leaves no doubt about his desired outcome: he expects the time penalty to be withdrawn. Reason: “I think clearly mistakes were made. That’s why I’m very confident of getting seventh place back.”

“If that’s not the case, then I’m sure they’ll explain why and we’ll see,” says Alonso. Postscript: “I’m quite relaxed about it. “