Carlos Sainz: FIA was merciful in punishing Russell after collision 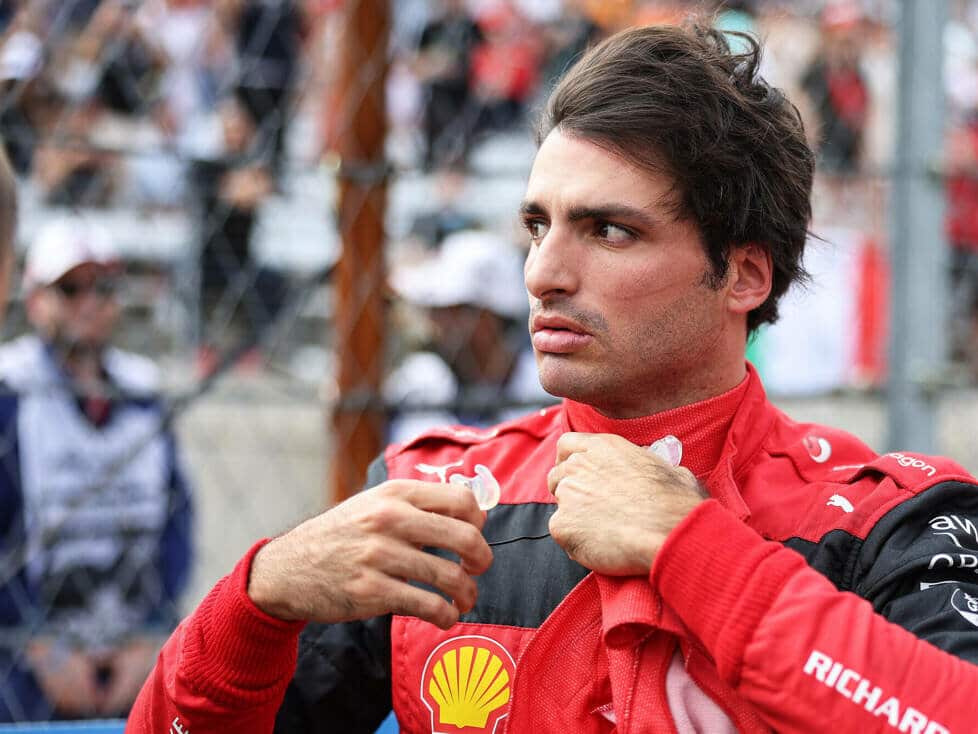 Carlos Sainz gives George Russell credit for apologising after the Austin collision, but still thinks the FIA was too merciful

For the fourth time this season, Carlos Sainz’s race was over after less than two laps. In Austin, the Spaniard barely made it to the first corner before he was sent into a spin by George Russell and had to retire – despite starting from pole position.

The Ferrari driver describes that as one of the “most difficult moments” of the season. “And to have a perfect weekend up to that point ruined by something out of your control is really tough,” he says.

Sainz had already retired early in Melbourne, Imola and Suzuka after crashes and accidents. “It’s especially frustrating when you don’t even really get to drive, because that’s what we travel to all these places for,” he laments. “But that’s the way it is sometimes in motorsport or in life. “

Sainz still doesn’t see himself at fault four days after the incident and doesn’t believe he could have done anything differently. He says he and Max Verstappen were already on their way out of the corner, while Russell, in his view, hadn’t even actually completed the turn.

At least Russell went to apologise to Sainz after the race. “That was nice,” says Sainz, who thinks Russell honours the behaviour. “I always respect something like that,” he stresses. “But that doesn’t mean I’m happy now or that maybe the FIA wasn’t a bit too gracious with him.” The commissioners had given Russell five penalty seconds.

Sainz now hopes that’s it for this season of bad luck and that he’s ticked off any unfortunate moments for next year too.

Sainz with a positive outlook

And although Sainz is only fifth in the WRC, he is at peace with his personal performance this season. “I might be on the positive side now, but the fact that I have the speed is what makes me feel a lot more relaxed this year,” he says.

“And the fact that I’ve managed to come back after a very difficult start to the season and still reinvent myself, with my driving style, my car, my set-up, to suddenly be fighting with the two guys who are in the best shape in Formula 1 right now, which are Charles [Leclerc] and Max [Verstappen]. “

“Beating them and fighting with them for pole position makes me feel more relaxed about the whole situation. If they keep touching me in the first corner, it’s frustrating but not for long because then I know I have the speed,” Sainz said.

“Usually, sooner or later, the sport gives you back what it has taken from you. So I will take the positives in that sense. “