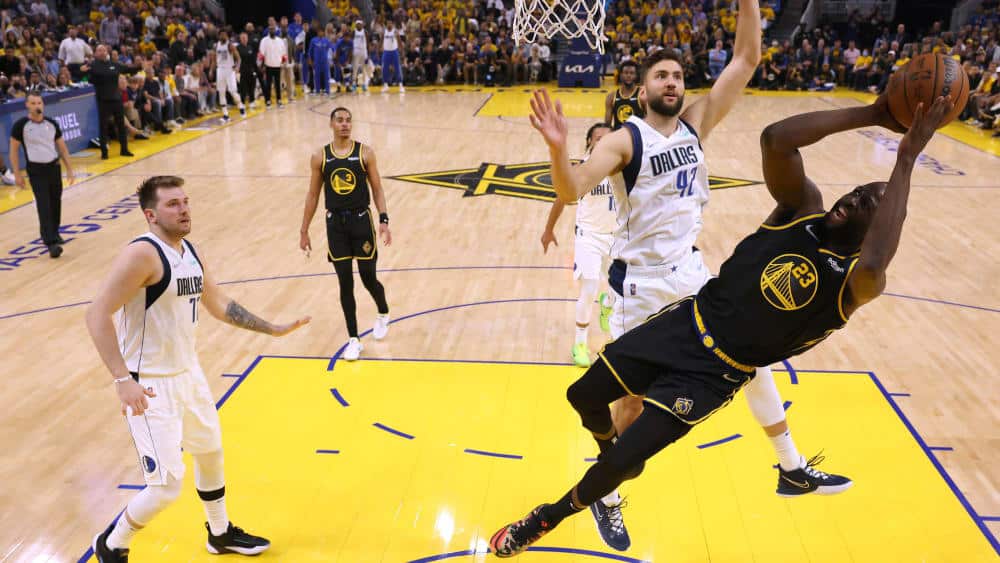 The Golden State Warriors have won the first game of the Western Conference Finals against the Dallas Mavericks. Luka Doncic did nothing to change that.

Having his first really outstanding play-off series behind him, probably the performer of this post-season so far. On Thursday night, however, Luka Doncic and his Dallas Mavericks suffered a major setback. Jason Kidd’s team lost at the Golden State Warriors with 87:112.

Doncic fell short of expectations this time with 20 points, sinking only six of 18 throws from the field. But because the Slovenian was still his team’s best scorer, the Mavs had nothing to gain in the Bay. In the second half, Doncic, who committed seven turnovers, only managed two meagre points.

For Dallas, though, the opening setback has long become routine. “We’ve always found an answer so far,” commented coach Kidd, who had also lost game one in the previous two rounds with the Mavs but subsequently prevailed both times.

“We played great defence,” Warriors coach Steve Kerr said, praising his side for allowing just 87 points from their opponents. So it was enough offensively that Steph Curry was the top scorer with 21 points. More remarkable were the twelve rebounds of the superstar.