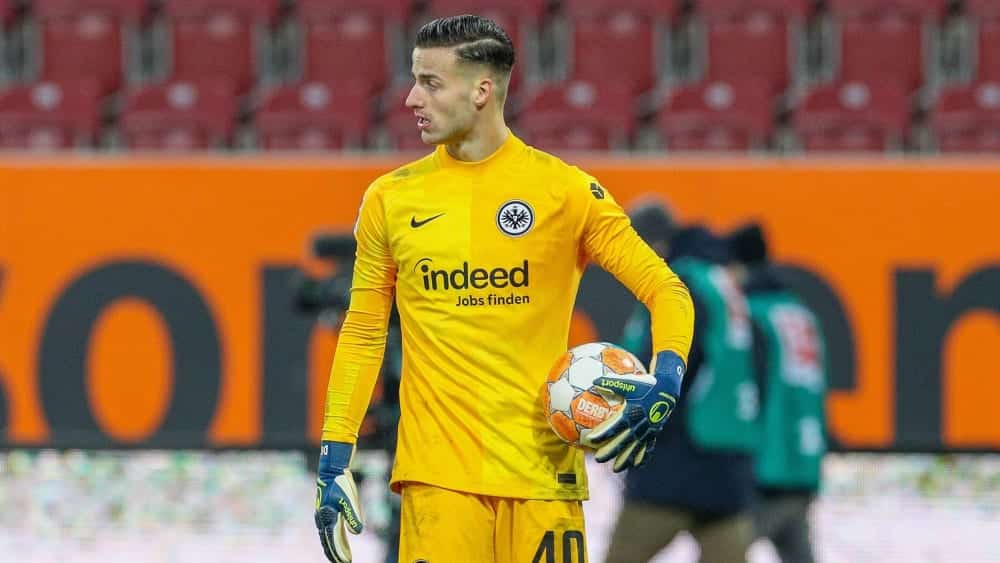 Frankfurt travel home from Augsburg with a point in their luggage. Their verdict on the game was divided. Diant Ramaj received special praise for his performance.


Both Sebastian Rode and coach Oliver Glasner admitted after the 1-1 draw that they were “divided”. “We would have liked to win, but Augsburg were the expected unpleasant opponent,” Rode told DAZN, while Glasner admitted he was “a bit sad” “that we didn’t win”. However, the 47-year-old was not oblivious to the fact that Augsburg also had their chances (“Ramaj had that big save”).

The coach was therefore unable to properly assess the draw immediately after the final whistle. “I’m struggling with the classification,” Glasner admitted and criticised the defensive behaviour of his team when Michael Gregoritsch scored the 1-1. “The goal against was too cheap,” said Glasner and revealed what he was most annoyed about: “When you are leading 1-0, actually have everything under control, then you have to play that home to nil. “

Timothy Chandler, who played on the unfamiliar left flank in the absence of Filip Kostic, took the same line. “We failed to make it 2-0. Then we lost control and conceded the 1:1 – and then it was a bit ‘Wild Wild West’.”

After the change of ends, the Hessians held the reins tighter again, but it was not enough for more. “We have to live with the point,” said Rode, explaining directly what the problem was: “It wasn’t easy to find the spaces against physically robust Augsburg. We had good situations, but didn’t finish them off. “

However, overall satisfaction prevailed for Glasner. “I can live with the performance today,” said the coach and gave special praise to goalkeeper Ramaj. Glasner described the 20-year-old’s performance as “great”, and explicitly praised the Bundesliga debutant for “playing with courage”.


Glasner backed his young goalkeeper, knowing full well that he had cut an unfortunate figure in the 1-1 draw when he opened the door for Gregoritsch, as the Augsburg striker himself noted: “I saw that the goalkeeper was standing very far away from the post. Then I tried what I like to do in training against our goalkeepers for fun – shoot at the short post. It’s great that it worked, of course. “