HomeFootballPenalty conceded: Malawi miss out on a sensation against Senegal
FootballFootball News 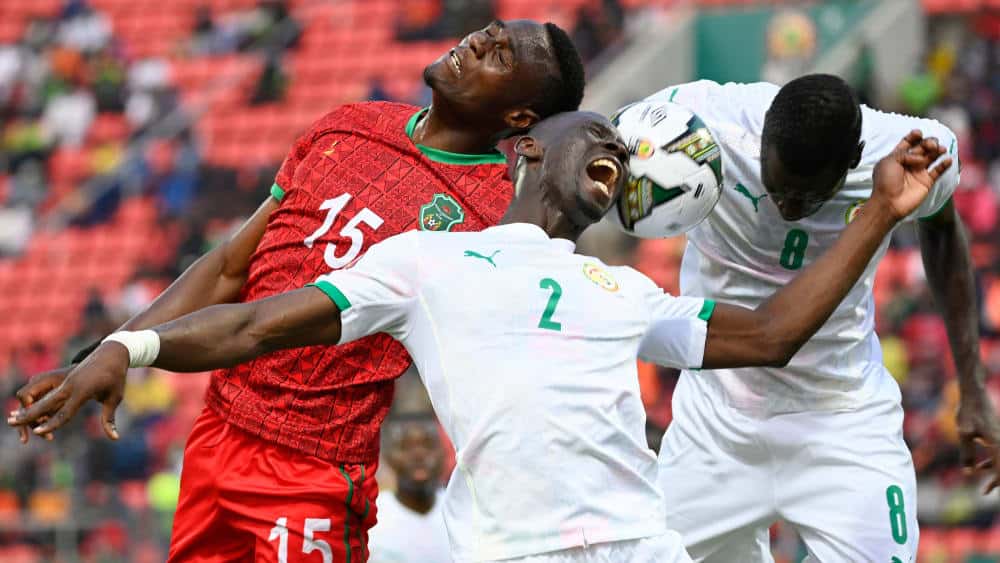 Senegal once again failed to convince against Malawi, but still managed to win their group. A scene with Bayern player Bouna Sarr took centre stage.

The star-studded Senegalese had not been convincing so far in the tournament – and that continued against Malawi. The “Lions” got off to a good start and had a great chance early on in the form of Mané: The Liverpool player lofted the ball just over the keeper and the goal after a cross from Munich’s Sarr (8th).

After that, however, the Senegalese team went virtually nowhere and the underdogs had a few chances. Muyaba’s brutal shot from 20 metres flew just over the goal of world goalkeeper Mendy (18th), Mhango took the measure of a free kick from 20 metres, the leather was still deflected and missed the goal this time even by a few centimetres (34th).

Senegal became stronger after the break but still lacked consistency. After a free-kick cross from the left, Koulibaly extended to Habib Diallo, but keeper Thomu skilfully steered the header over the bar (52). The alert keeper was also on hand to deal with Gueye’s acute-angle free-kick (60th).

Final penalty for Malawi is taken back

Senegal’s faces were truly shocked in the 76th minute. The referee called a penalty for Malawi after Sarr’s slight hold on left-back Chirva, but was called to the video screen – and correctly reversed the decision.

But even that was not quite a Hallowach for Senegal, who continued to be surprisingly unthreatening. Substitute Diedhiou failed with a volley against the slightly limping keeper Thomu, actually only number two for Malawi (85th), shortly afterwards the draw was perfect.

In the end, the poor performance was half the battle for Senegal, as Zimbabwe helped them to win the parallel match 2-1 against Guinea to help the Lions to the top of the group. Rwandan referee Salima Mukansanga wrote a small chapter in the history of football, refereeing Guinea’s match against Zimbabwe, the first woman to do so in the continental championship.


Guinea remained second despite the defeat, Malawi also still have the best chance of progressing with four points as third in the group.