Despite bee sting: Lisicki in quarter-finals in Bad Homburg 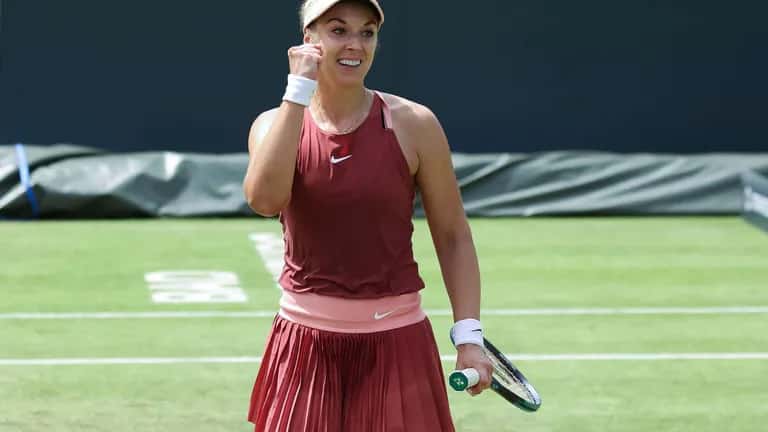 Former Wimbledon finalist Sabine Lisicki is still on course at the tennis tournament in Bad Homburg. The 32-year-old defeated Greetje Minnen of Belgium 6-3, 2-6, 6-2 to advance to the quarter-finals.

Just the day before, Lisicki had won 6-4, 7-6 against compatriot Tamara Korpatsch to celebrate her first professional win in a main draw after her comeback.

“The match was basically really good today, I’m just really happy about that. I’m also happy to be able to play some more,” Lisicki said. The tennis player told of a bee sting that “still really hurts”. She had cooled the spot directly to prevent an allergic reaction.

After a serious cruciate ligament injury and a one-and-a-half year injury break, Lisicki had returned to the WTA Tour in Berlin last week, but missed qualifying for the main draw. In Bad Homburg, she received a wildcard. Lisicki will now face Caroline Garcia of France in the quarter-finals on Thursday. No longer in the tournament is Tatjana Maria, who lost her round of 16 match 6:7 (4:7), 4:6 to Alizé Cornet from France.