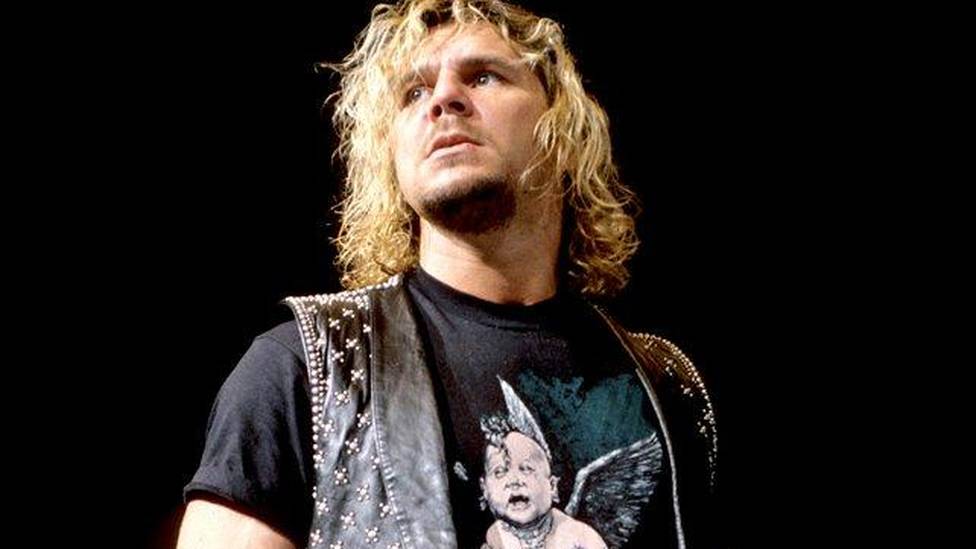 “The Loose Cannon” Brian Pillman, who would have turned 60 today, was a brilliantly unpredictable trailblazer of a WWE era. He died at 35, after a lifetime of bitter blows.

For Bret “The Hitman” Hart and Stone Cold Steve Austin, two of the greatest wrestling stars of all time, he was a companion in the ring and a friend outside.

He is remembered by many more colleagues as one who could have become one of the greatest wrestling stars of all time himself: “Flyin'” Brian Pillman was a top athlete, a passionate craftsman and a creative mind with numerous revolutionary ideas that he applied before they became industry standards.

Pillman, who would have turned 60 today, was a pioneer and early pillar of the Attitude Era, the most successful WWE period of all time, with his character as the “Loose Cannon” in the nineties, which was inscrutable even to many of his colleagues.

Before success really set in, however, Pillman died in dramatic circumstances at just 35 years old. His life was marked by an almost unbelievable amount of tragic events – last year movingly re-examined in a well-received TV documentary from the Vice series “Dark Side of the Ring”.

Brian Pillman operated on over 30 times as a child

Even as a young child, Pillman’s life, born in Cincinnati on May 22, 1962, was overshadowed.

His father died of a heart attack when he was three months old, and he himself spent much of his early childhood in hospital. Pillman suffered from major problems with polyps in his throat, for which he had to undergo over 30 operations – which were also the reason for his characteristic raspy voice.

Despite his health problems, he excelled in sports and was on the verge of making it into the NFL as a football player, despite his comparatively small height of 1.83 metres.

In 1986, Pillman learned to wrestle at Stampede in Canada, the promotion founded by Brett’s father Stu Hart – a new passion he acquired with great drive and historical inquisitiveness.

Three years after that, Pillman entered the national stage with then-WWE competitor WCW. His career there was a ripple with many ups and downs. The highs included his groundbreaking matches with Japan legend Jushin Thunder Liger, his entertaining partnership with Austin as Hollywood Blondes, and his time in the then incarnation of the legendary “Four Horsemen” led by Ric Flair.

Towards the end of his WCW tenure, Pillman can also come up with the idea for which he would be most remembered: he recognised the burgeoning need among many fans for intelligent scripted clouses, for playing with inside info, for “worked shots” that blended reality and fiction – not least through his friendship with wrestling journalist Dave Meltzer (Wrestling Observer), who remains influential to this day.

Pillman created the character of the “Loose Cannon”. Literally translated: a loose cannon that rolls back and forth uncontrollably on a ship – and whose powder threatens to explode at any moment.

Pillman portrayed – even behind the scenes in front of largely unsuspecting colleagues – a psychopath who was about to lose his mind and, through his strange behaviour, apparently his job.

The story culminated in a match with Kevin Sullivan, also a creative booker – one of the few confidants along with league boss Eric Bischoff. Pillman broke up the fight on camera and threw the words “I respect you, booker man” at Sullivan in reference to his real-life role.

Bischoff went so far as to throw Pillman out as a sham and have him appear in Paul Heyman’s cult league ECW, which was actually at odds with WCW, with the ultimate goal of a big surprise comeback.

Pillman’s machinations were reminiscent of the anarchic stunts of Andy Kaufman, a comedian also intertwined with the wrestling industry. Unlike Kaufman, however, Pillman lost control of his staging.

On April 15, 1996, Pillman, overtired by professional and personal stress, was in a momentous car accident: he fell asleep at the wheel of his Hummer SUV, collided with a tree trunk, and rolled over several times. Pillman was in a coma for a week, suffering severe injuries to his face and a comminuted fracture of his ankle.

Two months later, Pillman actually changed employers, signing with WWE (then WWF), where he reprised his character as “Tickin’ Timebomb” and also reunited with old companions Hart and Austin.

Pillman became part of the Hart Foundation around the “Hitman”, which was not only tragically surrounded because of him, his feud with Austin was especially remembered for a famous border crossing: During a RAW segment in which Austin tried to break into Pillman’s house, Pillman pointed a gun at the rival, even shots were implied.

Despite his serious injury, Pillman, who was initially a commentator, still fought his way back into the ring – before the shock news came on 5 October 1997: During the major event In Your House: Badd Blood, league boss Vince McMahon announced that Pillman had died.

Pillman, who was scheduled to compete in a match against Dude Love (Mick “Mankind” Foley) that night, had been found dead in his Bloomington, Minnesota hotel room just hours before the event began.

The autopsy revealed that Pillman had an undiagnosed heart condition, which he must have inherited from his father, who died at an early age. He succumbed to a heart attack, the fatal outcome of which could have been contributed to by other factors.

Steroid abuse may have played a role: Pillman was exposed to it as a football player, and according to his friend Meltzer, he also practised it in wrestling – although he was more aware of the health risks than many others.

Pillman also took numerous painkillers because of the consequences of his accident, his general health was considered to be worrying.

In his obituary for Pillman, Meltzer pointed out that Pillman was also mentally severely affected: he had put himself under a lot of pressure after his accident, out of personal ambition and also out of concern for the financial security of his family.

Pillman was responsible for five children as a result of an eventful life, and a sixth was born after his death.