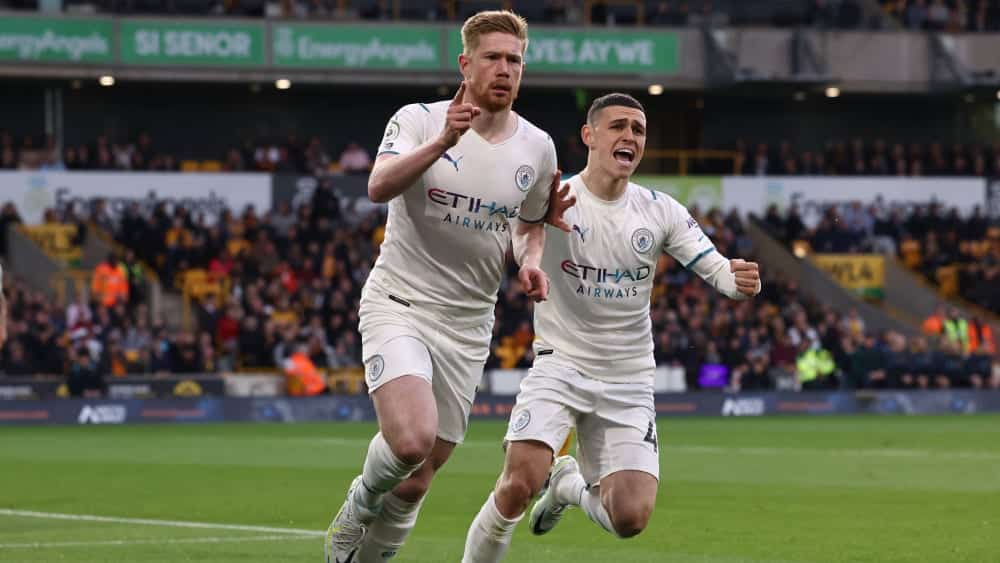 Manchester City are on the verge of another English championship. The Skyblues have already claimed two individual titles ahead of the exciting season finale.


Belgian international Kevin De Bruyne has been named Premier League Player of the Season for the second time. The former Wolfsburg man, who registered 15 goals and 13 assists for defending champions Manchester City in the season ending on Sunday, won the fans’ vote as he did two years ago. “To win this award for a second time is an achievement that makes me really proud,” the 30-year-old said.

During the 2019/20 season, De Bruyne had been voted for the first time, with teammate Ruben Dias winning the following year. Now ManCity’s “triple” followed with De Bruyne winning again. Since 1994/95, the player of the season has been chosen in the Premier League.

Meanwhile, Phil Foden, a professional of the Skyblues, was also honoured as the best young player – for the second time in a row. In the first award, Trent Alexander-Arnold of Liverpool FC had triumphed for the 2019/20 season.

De Bruyne and Foden have the best chance of becoming English champions again on Sunday. Before the last game against Aston Villa, City are one point ahead of Liverpool. It would be their fourth title in five years.

A week before Liverpool: ManUnited go down at Brentford