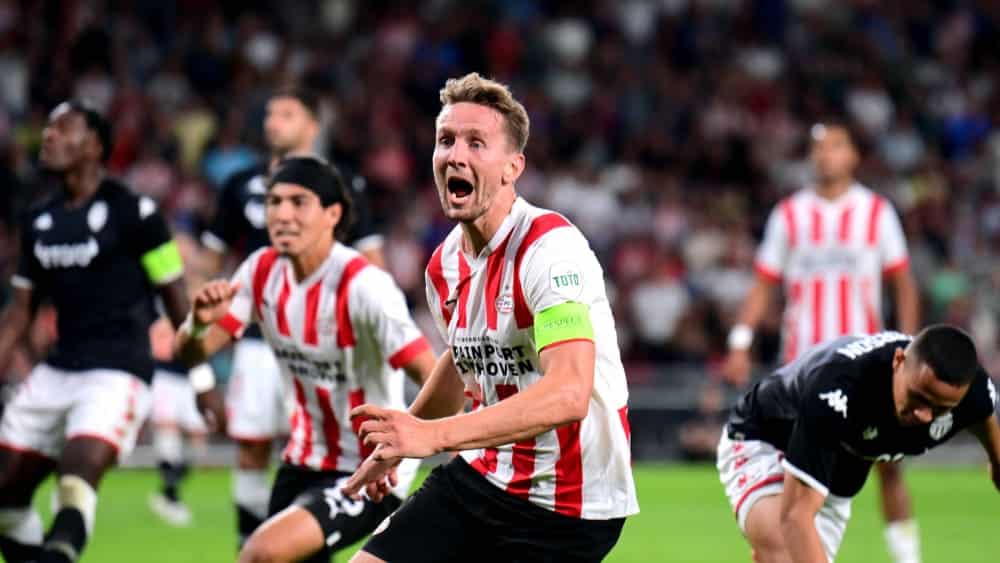 PSV Eindhoven are in the play-offs of the Champions League qualification. The Dutch side beat Monaco at home in extra time – thanks in large part to the captain.

Humble start, furious finish: That’s probably how the second leg between PSV Eindhoven and AS Monaco can be described.

Compared to the 1-1 draw in the first leg, coaches Ruud van Nistelrooy and Philippe Clement did not change their starting line-ups, and the course of the first periods was similar: First, Eindhoven were merciless in front of goal. Once again Veerman, who had simply been left alone, stung Nübel (21.), after the teams had equalised in the opening phase and had created few chances overall. Only Golovin tested keeper Benitez once (8.).

The Dutch were solid in defence and bold up front with their pinpricks. After a corner Veerman failed to beat Nübel (42nd), as did Ben Yedder on the opposite side from an acute angle for the dominant but unimaginative Monegasques (45th).

Maripan first to the aluminium, then into the goal

Ambolo was substituted for Volland at the break and it paid off. The Swiss crossed decisively in the scramble, allowing Maripan to dust off for the pressing visitors (58.). Shortly before that, the goal scorer had hit the post with his head (54.).

Monaco stayed in the game, but missed the 2:1, Joker Diatta failed to hit Benitez (61.). The celebrated opening goal against the Dutch, who had become shaky in the meantime, came a little later: Captain Ben Yedder volleyed over Benitez after a counterattack (70th), Gelson Martins set the ball up with his first action after being substituted.

But that wasn’t the last twist of normal time: Ruud van Nistelrooy’s actually helpless charges equalised late on through Gutierrez’s header (89th) and had Obispo to thank, who had saved from Embolo in the nick of time moments before (88th).

This sent the game into extra time, which Embolo started well with a header against the crossbar (93.). After that, there was little action for a long time, Ramalho’s save against Diatta by the more active Monegasques was all the more important (104.).

In the end, however, it was the captain who was the most important for PSV: De Jong, who had already prepared the 2:2, used his freedom on the left side of the penalty area ice-coldly and headed in the 3:2 – the decision (109.) against the visitors, who had no ideas in the end.

This means that on 16 and 24 August (both 9pm) PSV Eindhoven will face Glasgow Rangers, who beat Royale Union Saint-Gilloise 3-0, in the final step before the Champions League play-offs. Monaco have to settle for the Europa League.

BVB: A performance as a commitment for the future