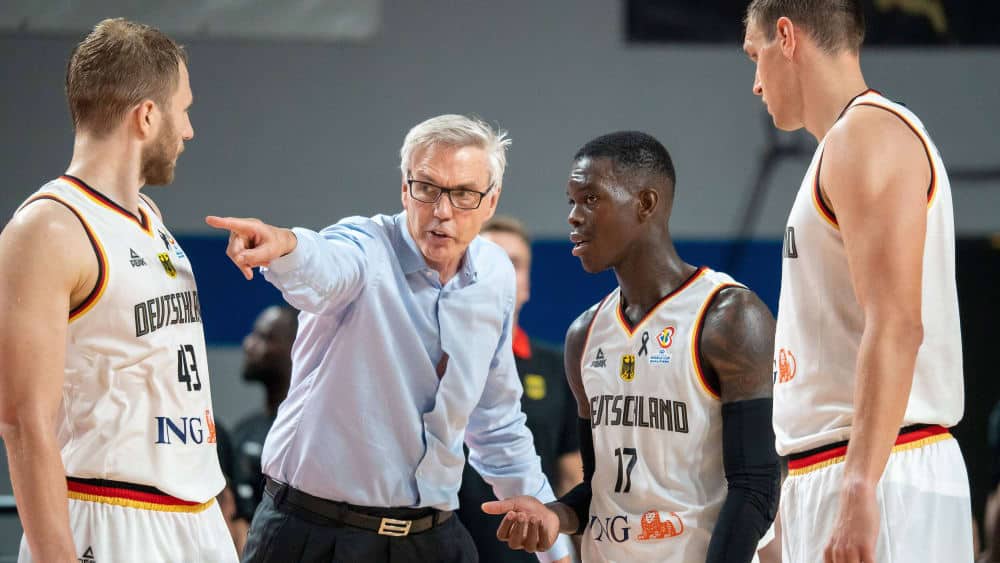 NBA star Dennis Schröder and Gordon Herbert have set goals for the upcoming home European Championships in September. But first the national coach has to send some players home.

Basketball national coach Gordon Herbert wants to drastically reduce his line-up for the home European Championship from 1 to 18 September this week. “On Friday or Saturday we want to get down to twelve players, as soon as possible we want to reduce to twelve players. Then we have a chance to build a real team,” Herbert said at the national team’s media training in Cologne on Monday.

The head coach of the German Basketball Federation (DBB) had initially called up a provisional squad with 17 players and now wants to judge on the basis of the training impressions. At the start of the three-week preparation for the tournament, Herbert presented a team that can be proud of itself. In addition to playmaker Dennis Schröder from the Houston Rockets, three other professionals from overseas were in Cologne: vice-champion Daniel Theis (future Indiana Pacers) and the Wagner brothers Moritz and Franz (both Orlando Magic), who were convincing in the past NBA season.

The goal is a place on the podium

“We try to give 110 per cent every time, to act as a team and to win,” Schröder said after the public training session and declared reaching the play-off round in Berlin as the first goal. Herbert was much more brash on Monday: “We want to get on the podium, we want a medal.”

Before the start of the European Championship on 1 September, Germany still has two qualifying matches for the 2023 World Cup on the agenda. A first impression of the new German team will be given at the test matches in Belgium (Wednesday) and the Netherlands (Friday).