HomeSerie ACorrea's stroll ensures the decision against Sampdoria
Serie A 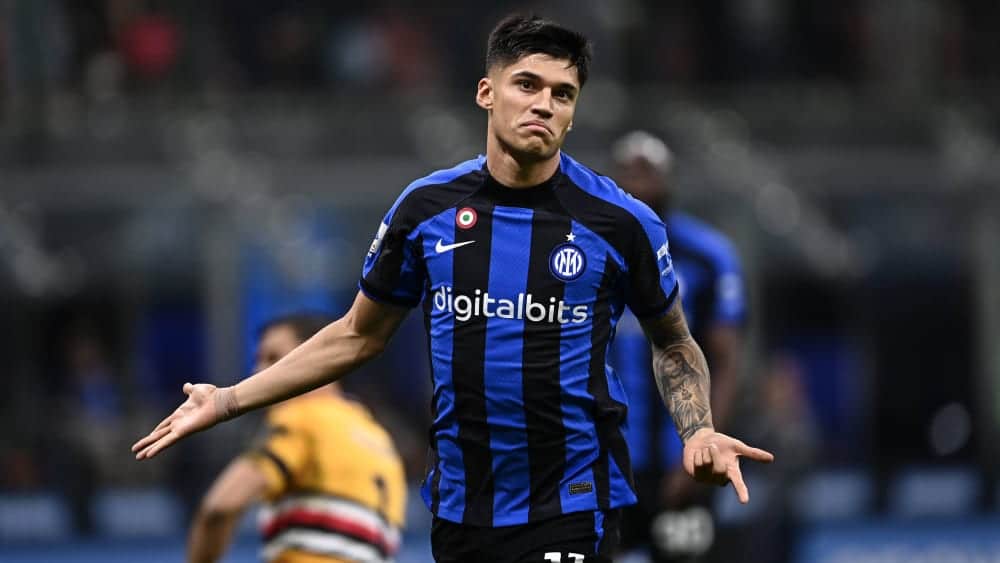 Inter Milan had an easy game against Sampdoria Genoa. The Nerazzurri won for the fourth time in a row with some eye-catching goals and a walkover.


Inter, after a wild and late 4-3 win in Florence and an emphatic 4-0 win over Pilsen in the Champions League, which meant a ticket to the last 16 ahead of FC Barcelona, who had slipped into the Europa League, were looking to make the week golden against cellar-dwellers Sampdoria Genoa and record a fourth straight win.

Inter at the controls

The Nerazzurri immediately took command and had a few small chances. The biggest one came straight away: de Vrij, who had been rotated into the first eleven for Acerbi, headed a Calhanoglu corner into the net for the lead (21.).

In the early stages, Genoa, coached by Inter legend and free-kick expert Dejan Stankovic (only one win this season), had held up well at times and also looked for ways forward, but after the conceded goal, there was almost nothing from the basement team.

Barella raises a goal worth seeing

Internazionale FC, on the other hand, controlled the game and could have added to their tally through Mkhitaryan (26th) and Dimarco (31st). After a long free-kick by Bastoni, which tore open the entire visitors’ defence and opened the way for Barella, the latter put the ball into the net for 2:0 (44).

After the restart, the Nerazzurri remained in control, Lautaro Martinez (49th, 61st), Dzeko (50th) and Skriniar (60th) missed opportunities. Samp continued to struggle. Even when Milan slowed down and positioned themselves deeper, the visitors from Liguria were not dangerous.

Once again, however, the Lombards stepped up the tempo. Substitute Correa strolled across three quarters of the field and nailed the ball into the net from the edge of the penalty area for 3-0 (73rd).

Correa could even have scored a brace at the end of a triple chance but missed it, as did Mkhitaryan and Bellanova seconds earlier (80th). Sampdoria needed until shortly before the end to become really dangerous for the first time. However, Inter keeper Onana was on hand to deal with substitute Pussetto’s powerful shot (87th).


In the end, the runners-up never threatened to win at home and thus earned their fourth successive victory of the week. Sampdoria, on the other hand, remained deep in the relegation battle.