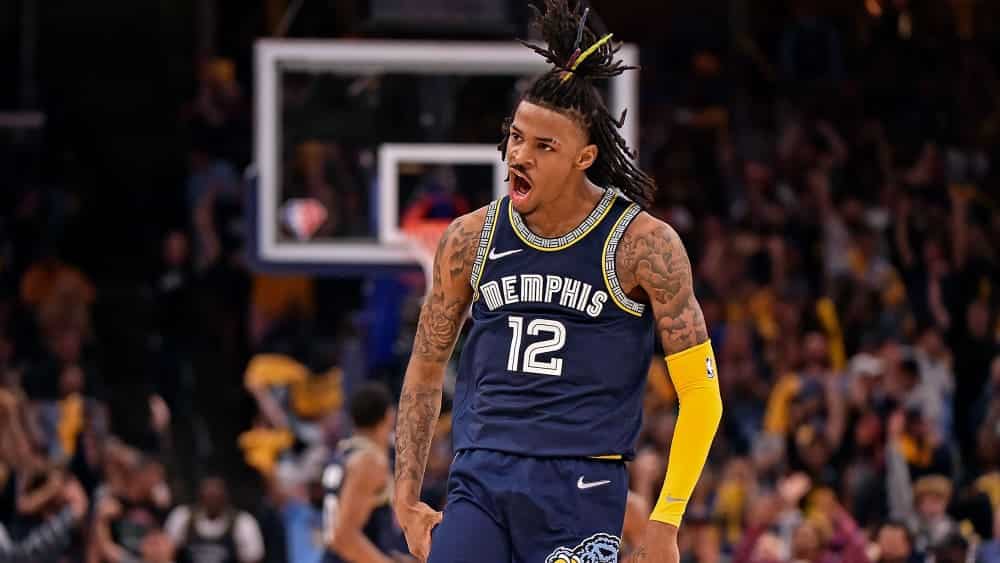 The Boston Celtics have equalised in the Eastern Conference semi-final series against the Milwaukee Bucks thanks to a clear improvement. In the Western Conference, the Memphis Grizzlies – led by Ja Morant – also managed to do the same.

Two days after a disappointing 89-101 loss, the NBA record champion Boston Celtics rallied to beat the defending champion Milwaukee Bucks 109-86 on Tuesday night (local time). In contrast to the first game in the best-of-seven series, Celtics fans were treated to a thoroughly convincing performance. The hosts never trailed and used only seven basketball players until a few minutes before the end. National player Daniel Theis sat on the bench until the end.

The best scorer for the Celtics was Jaylen Brown with 30 points. He finished with 17 points in the first quarter alone. “You can’t let one game define you, we’ve been resilient all year. It’s just a question of how you respond,” Brown said on US television. Jayson Tatum finished with 29 points and Grant Williams 21, while Giannis Antetokounmpo had the most for the Bucks with 28 points but could not be satisfied with the output of only 11 made throws on 27 attempts.

Until the third game on Saturday in Milwaukee, the teams now have an unusual three full days to recover. Four wins are needed to advance to the Conference Finals.

The Golden State Warriors also have three days to recover from their narrow loss to the Memphis Grizzlies. The 106-101 win gave the Grizzlies their first win of the series and evened things up ahead of the upcoming two games in San Francisco. Memphis had controlled the match for three quarters before Steph Curry’s Warriors took the lead themselves for the first time in the final quarter and a back-and-forth battle ensued.

Grizzlies star Ja Morant provided the better end for his team with decisive baskets. He ended up with 47 points. “I took advantage of what the defence offered me. I was very happy with my throws,” Morant said. For the Warriors, Curry scored 27 points.