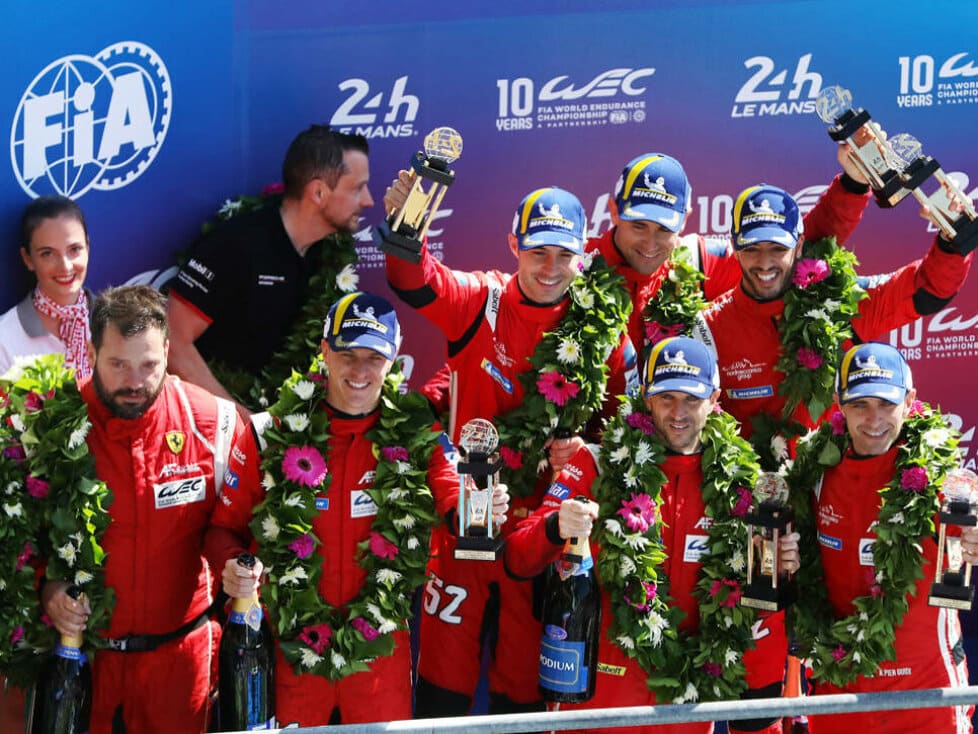 Ferrari will be competing in the top category of prototype racing in the new LMH and LMDh classifications. The Italians are developing their own hypercar, which is expected to see the light of day before the end of 2022. As the drivers for the programme have not yet been decided, numerous Ferrari GTE drivers were recently allowed to demonstrate their skills in an LMP2 at the Vallelunga circuit. Among them James Calado and Antonio Fuoco, reviewing the test.

Ferrari has already presented a foretaste of the new car for the 2023 season as part of the 24 Hours of Le Mans 2022, but the sports car brand has not revealed much. The hypercar, which does not yet have an official name, is due to reel off kilometres for the first time on the test track in Fiorano in July 2022.

To find the right drivers for the project, AF Corse held a two-day LMP2 test at the Vallelunga circuit near Rome. Drivers from the Italians who are currently active in the World Endurance Championship (WEC) were involved – as reported by ‘Endurance-Info’. In addition to Calado and Fuoco, Alessandro Pier Guidi, Miguel Molina, Davide Rigon, Nicklas Nielsen and Alessio Rovera were also present.

“It was meant to get up to speed for the start with the hypercar when we have a bit more downforce and better brakes. “We all needed just a few laps to get up to pace. I’ve spent a lot of time in cars with downforce in my career, you never really forget that.” Calado had nevertheless had to adjust to get back to the limit.

Fuoco only joined Ferrari’s GTE-Pro squad in 2022, but was also allowed to show off: “It was a bit different to being in a GT car, but I’ve already contested the 24 Hours of Daytona in an LMP2 car in 2021. So I have a bit of experience in such a car.” He added that the extra downforce suited the Italian’s driving style, which he felt comfortable with.

According to Calado, however, no decision has been made regarding the driver squad. That, the Ferrari driver from the UK said, was up to Antonello Coletta, the Ferrari GT boss. “He will make the right decision and we have to accept it,” Calado said of the selection process. Fuoco also acts as a simulator driver for Ferrari in Formula 1 and hopes to get a chance. “I’m still young but I’ve spent a lot of time here. I hope it continues for a long time. “

Darryn Binder: “Am sure I have the potential”