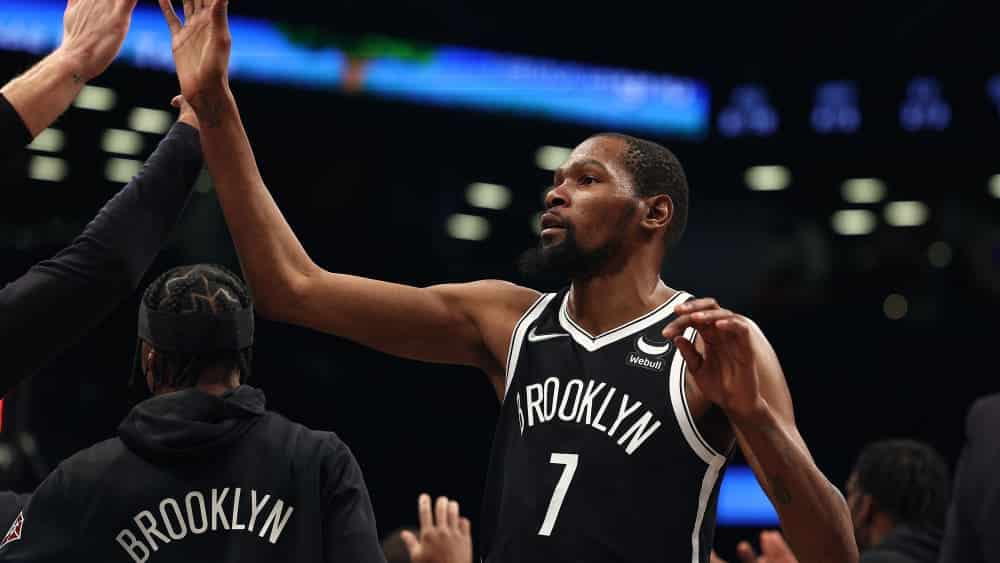 The Brooklyn Nets will probably have to do without their central figure until the end of February: Kevin Durant suffered a knee ligament injury against New Orleans

During the Nets’ clear 120-105 win over the Pelicans, MVP candidate Durant had to leave the game early. After the superstar had scored twelve points in the first quarter, opposite number Bruce Brown fell unhappily against his left knee shortly after the start of the second period.

An MRI scan on Sunday revealed an inner ligament injury, and according to ESPN, the club expects him to be out four to six weeks. This means that “KD” would in all likelihood miss until after the All-Star Break (18 to 23 February).

It could have been worse for the title contenders, who already have to play the majority of their games this season without vaccine holdout Kyrie Irving. The guard is allowed to play in away games – the Nets play eleven of the next 14 games away from home. So for the time being, nothing stands in the way of a backcourt with Irving and James Harden.

Durant leads the NBA in scoring with 29.3 points per game, 7.4 rebounds and 5.8 assists. Brooklyn currently ranks second in the Eastern Conference with a 27-15 win record, just behind the Chicago Bulls.