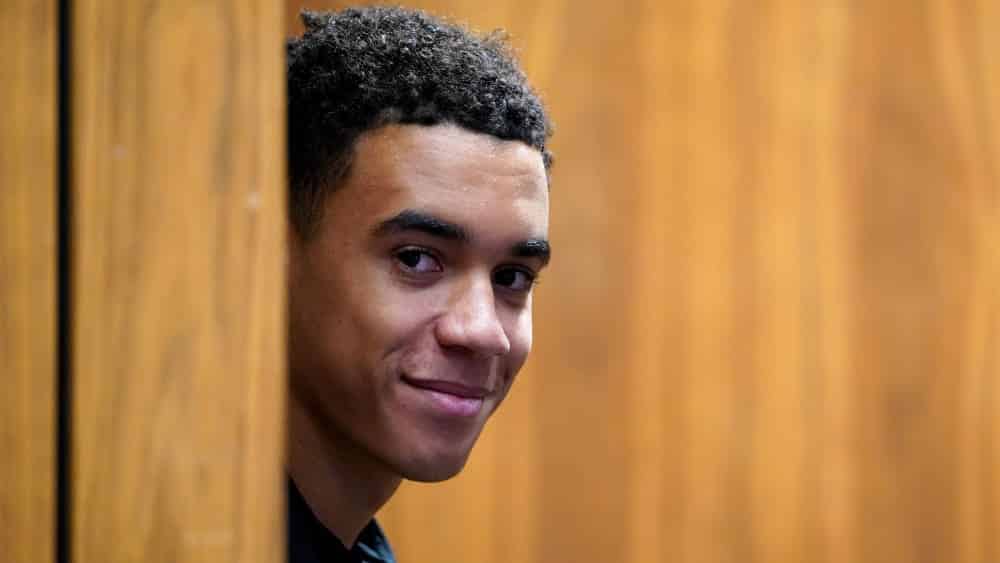 Jamal Musiala is in the starting eleven against England. However, the young Bayern professional is just as unperturbed by this as he is by the current crisis at his Munich club or the handsome World Cup bonus.

When Hansi Flick made the good news public in the media room of Wembley Stadium, Jamal Musiala (19) stood five metres away in a corner and gladly accepted the verbal cross-pass, the content of which he had long known. The FC Bayern international will be part of the starting eleven this Monday against England, the national coach revealed.

Earlier, Flick had sung the praises of this exceptional talent’s offensive and defensive qualities. On the offensive, he offers solutions in tight situations with his dribbling, defensively “he is very skilful, Jamal anticipates very well”. He can play in any position in attack or as a six, as he did successfully in the 1-1 draw with the Netherlands at the end of March.

Musiala doesn’t really care about his position on the football pitch. “I’m always motivated,” he says, and “it’s even more fun in England with my history.” He always builds English words into his speech because he grew up at Chelsea FC between 2011 and 2019. He has had a couple of school tournaments at Wembley, he tells us, winning the two finals.

“Really cool” he thinks of this particular football venue, where he was present when the German team was eliminated from the European Championship at the end of June 2021 with a 2-0 defeat. For Musiala, his mini-appearance began in the 90th plus 2nd minute. He is also grateful for those few seconds. “I just want to play”, he says, “no matter how many minutes”.

He is also attacking the World Cup in Qatar with this relaxed attitude. He wanted to develop further, he says, “the path has become good” – and it is far from over. Looking ahead to the World Cup starting in mid-November, “I don’t feel any pressure,” he notes as casually as he acts on the pitch.

The critical current situation at his club in Munich doesn’t scratch him either. He is “always driven by the same attitude”, he says, “I always have the motivation to give everything”. So for him, “not much changes” in good or bad Bayern times. And so the World Cup bonus agreed in Leipzig – 400,000 euros in the event of a big triumph – is all the same to him. “I’ve never given much thought to money,” he says with such confidence that it’s easy to believe him. What is decisive for him is simply “the love for this sport”.

May this youthful originality of understanding and living football as a game and fun continue for a long time with this gifted young professional!