HomeFootballBarça gets some breathing space - and hopes for 700 million euros...
FootballFootball News 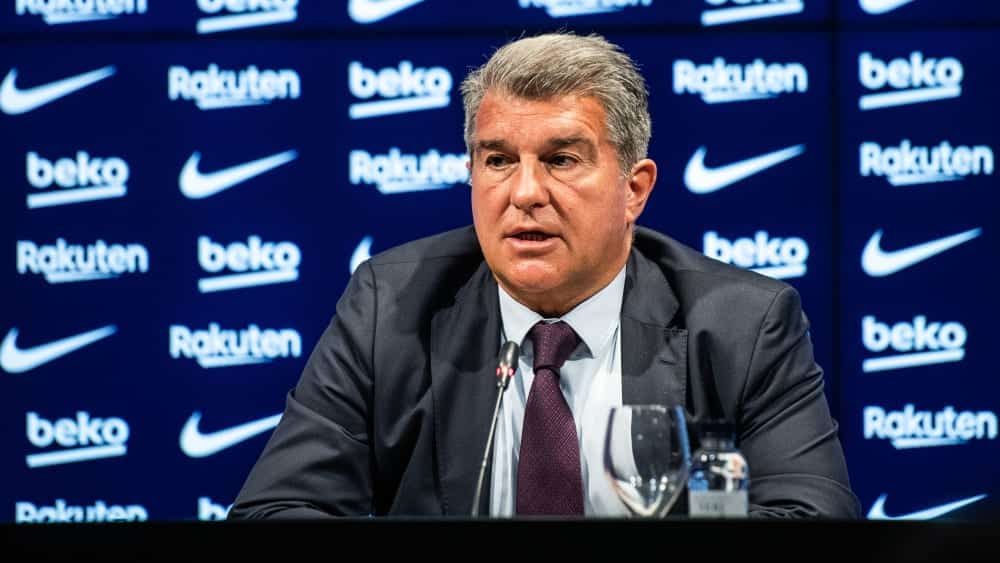 The heavily indebted FC Barcelona paved the way for the creation of further financial leeway. Barça hopes for 700 million euros.

At a general meeting late on Thursday night, two proposals by club president Joan Laporta to find new sources of revenue in the short term were approved by a clear majority. The financially struggling Spanish football club hopes that this will bring around 700 million euros into its empty coffers within the next few weeks.

The sometimes heated debates before the two votes lasted almost three and a half hours. First, the sale of a 49.9 per cent stake in Barca Licensing and Merchandising (BLM) was approved, which is expected to bring in 200 to 300 million euros.

Subsequently, the members with voting rights also approved the assignment of a maximum of 25 per cent of the TV rights for a maximum of 25 years. According to Laporta, this could mean revenues of at least 500 to 550 million euros.

Barça between consolidation and desired transfers

Laporta, who has been in office since March 2021, had drummed up support for his proposals before the meeting, saying among other things: “Barça was dead. Now we are in intensive care. If these measures are approved, we will be released from hospital.”

In fact, Barcelona is in an extremely bad way, with a mountain of debt totalling 1.35 billion euros squeezing the Catalans. Nevertheless, Laporta wants to continue to play at the top of the sporting league and therefore also strengthen the squad of players “in order to be able to play for titles again”. Robert Lewandowski, who is pushing for his departure from FC Bayern, is also on the Catalans’ wish list, but they are also said to be interested in Rafael Leao (AC Milan), Bernardo Silva (Manchester City), Carlos Soler (FC Valencia) and Kolidou Koulibaly (SSC Napoli). The latter, however, is more likely to see his future with his current club.

However, in order not to jeopardise the desired reorganisation of the finances, player salaries are to be cut at the same time and the salary mass reduced by 160 to approx. 400 million euros annually. Players who earn a lot and have not done so well at Barcelona are also to be sold. The transfer of the Dutchman Frenkie de Jong, in whom Manchester United is particularly interested according to media reports, is expected to bring in around 100 million euros.