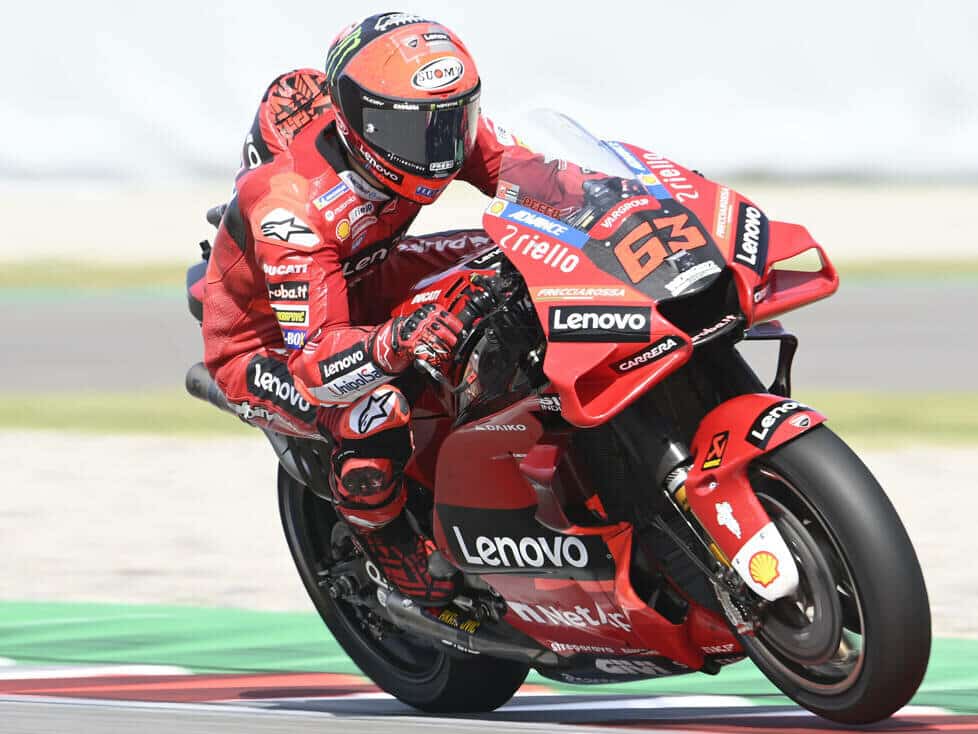 Francesco Bagnaia expresses surprise at narrowly missing out on pole for Catalunya GP – For race, he sees attack as wrong tactic

Francesco “Pecco” Bagnaia missed out on pole for the 2022 Catalunya Grand Prix in Barcelona by 0.031 seconds, though. Compared to Friday, however, the Ducati rider made strong progress on Saturday. He had not expected a Q2 lap time of 1:38.773 minutes.

“I am really happy. We have worked well this weekend. In the fourth free practice session I had the confidence I needed,” said Bagnaia, not necessarily referring to the pace on long runs that is usually the focus in FT4.

“It was all about the time attack for me. Before the last attempt we changed a little something on the bike. That paid off,” said the Ducati rider. The qualifying was then “nevertheless anything but easy”, as he says.

“It was so difficult to get a perfect lap. Because on this track, if you miss even a tiny bit when accelerating out of the corners, it adds up immediately. But it worked out and it was almost enough for another pole,” said Bagnaia in amazement.


The only rider to keep Bagnaia close in Q2: Aleix Espargaro, who set a new Barcelona track record on his Aprilia. “Aleix is really strong this weekend. That’s true for every weekend now, but especially for this one,” “Pecco” praised the pole setter.

And with what expectation does Bagnaia go into Sunday’s 24 race laps? “I don’t know if I can beat [Espargaro]. But the key to a good race will definitely be to manage the rear tyre well. If you attack too hard at the beginning, you might be fast, but then you can’t get the consistency you need. So I expect it to be a holding race. “