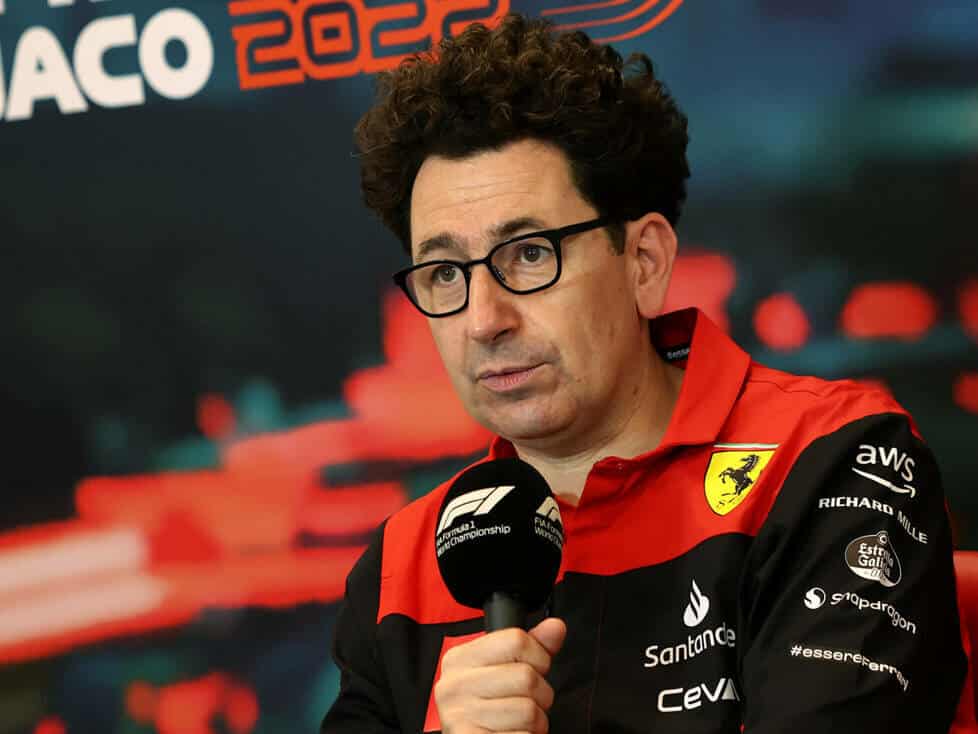 Charles Leclerc was pretty upset with his Ferrari team after losing the Monaco race, whose decisions in Monte Carlo had seen the Monegasque drop from first to fourth at his home race and lose further ground in the world championship battle to Max Verstappen. “This must not happen to us,” he had said.

Leclerc had criticised two situations in particular in the race as mistakes – both times at the pit stop. He could not understand why Ferrari had first brought him into the pits for intermediates on lap 18. Two laps earlier, Red Bull’s Sergio Perez had switched to intermediate tyres and had put Ferrari under strategic pressure.

Ferrari initially wanted to bring Sainz into the pits, but he refused and wanted to wait until he could change from rain tyres directly to slicks. Shortly afterwards, however, Leclerc came into the pits for just that strategy and dropped behind Perez. That was Ferrari’s first mistake.

For Binotto, this leads to two conclusions: “We should have brought him in earlier or we should have just stayed out on the rain tyres and defended our position.” Binotto can clearly analyse this mistake. “But what made us do it needs a bit more time. “

By the way, it didn’t occur to Leclerc to refuse the pit stop like team-mate Sainz: “I didn’t know we would go on intermediates,” he says. “We didn’t have enough time to talk about it. I got the instruction and I listened to it. I think the goal was to react to Perez. “

For the Mexican, by the way, the tactic wouldn’t necessarily have worked, as he was initially stuck behind McLaren’s Lando Norris, but he drove in himself a lap later and thus didn’t hold up the Red Bull driver any further – otherwise Leclerc might have taken to the track again before him.

Binotto doesn’t want to talk about bad luck in this regard, however: “It’s not about luck or bad luck. We simply made mistakes in our assessment. And if you lead in Monaco and then don’t finish second, but fourth, then we did something wrong. “

The second mistake, according to Leclerc, was that he was brought into the pits a few laps later on the same lap as teammate Carlos Sainz to change to dry tyres, which cost him crucial time, allowing Max Verstappen to come out of the pits later just ahead of him.

“We did that because we knew the dry tyres were significantly faster,” the team boss defends. “We thought it was a good way to make the undercut against Red Bull. So practically the other way round as before, when they went on the intermediate first. They wanted to do an undercut and then we did the same with the dry tyres.”

However, the Italian is saving exact answers about the circumstances for later: “It was quite a complex situation,” Binotto says, announcing a lot of meetings after the race to understand the situation as a team. “We need to discuss a bit more and go into a bit more detail,” he says.

Leclerc: “Will come back stronger “

Leclerc also continues to back his team and is confident they will get through the problems. “Of course it’s disappointing and it hurts, especially at home, but that’s the way it is and I will now work with the team, we will all try to understand it together,” he said.

“We had everything to win. The pace was very strong in the first stint and it went extremely well in the wet. But then, unfortunately, everything went against us. That hurts at home, but that’s life and we will come back stronger. “