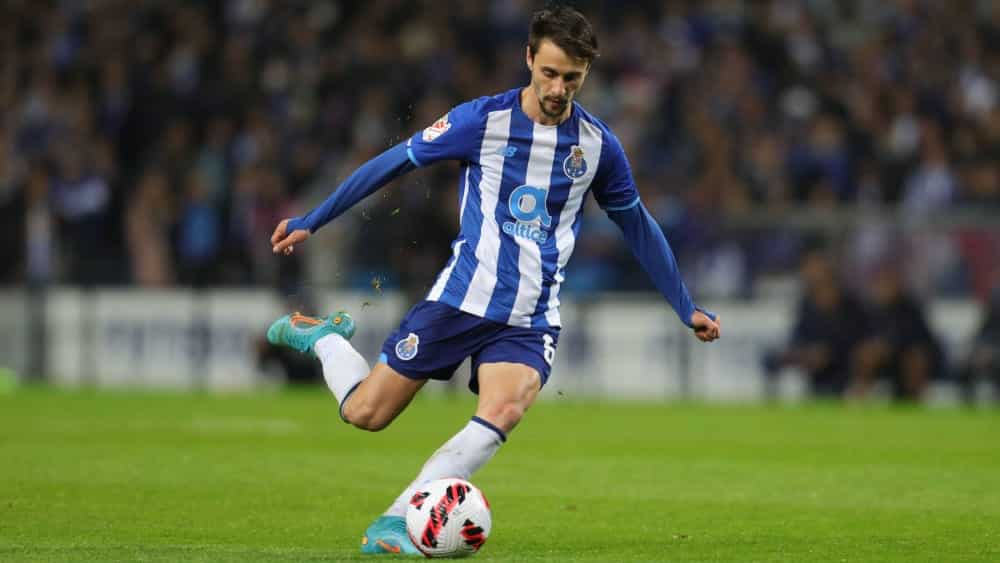 Arsenal FC are aiming to qualify for the Champions League this season after an almost six-year absence – and have made a costly addition to the squad in Fabio Vieira.

“An excellent link between midfield and attack” was how UEFA described Fabio Vieira when he was named Player of the Tournament at the 2021 European Under-21 Championship. With Portugal, the attacking midfielder only failed to reach the final against Germany, but his individual class was unmistakable even then.

Last season, Fabio Vieira, who made his professional debut at the age of 18, matured into a regular player at FC Porto. Especially in the league, where Porto finished in first place, the preferred playmaker was convincing – in 27 games he scored six times and set up 14 other goals.

The left-footer also took on more responsibility in the U-21 national team, and in his last three appearances in the European Championship qualifiers, the 22-year-old wore the captain’s armband.

Fabio Vieira’s qualities made it clear that Porto could not keep him forever, and they signed him to a contract until 2025. Arsenal FC have now bought him out of this contract – for a handsome base fee of 40 million euros. Porto also announced on Friday that further bonus payments of five million euros are possible.

The Gunners thus seem to be very secure with Fabio Vieira, even though he already has well-known and no less up-and-coming talents as competitors in his central position behind the tops with Martin Ödegaard and Emil Smith Rowe.