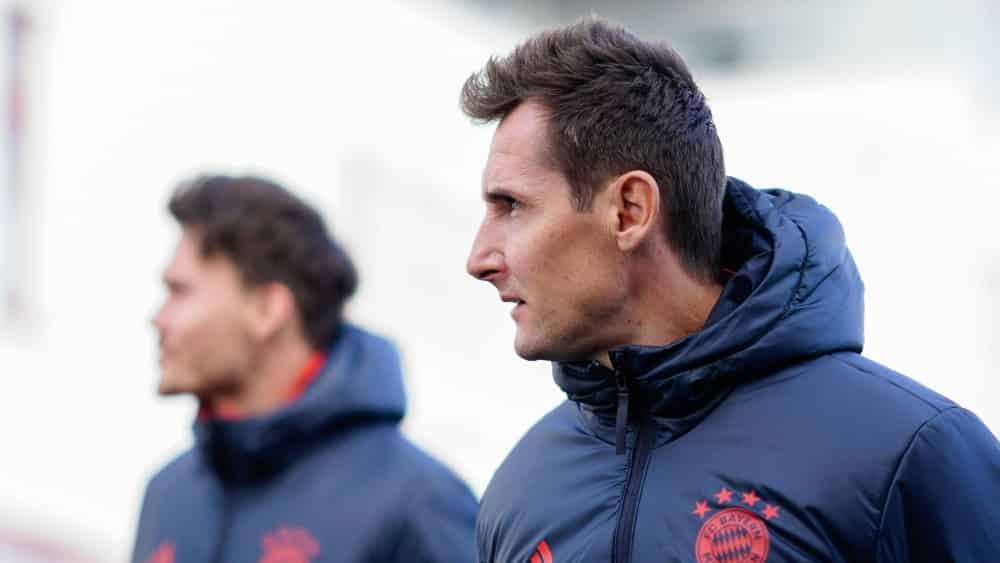 The SCR Altach has found the successor for Ludovic Magnin: Miroslav Klose will be on the Vorarlberg side’s sidelines in the coming season

SCR Altach presented their new coach on Friday afternoon. As the Vorarlberger announced, Miroslav Klose will be on the sidelines of the Rheindörfler in the coming season. As co-coach, Klose will assist Slaven Skeledzic, who most recently worked as an individual coach at the FC Bayern Munich campus, in Austria’s westernmost province.

“I am really looking forward to my new job here in Altach! Right from the start, I had this positive feeling that I’m in exactly the right place here. The first talks with the people in charge were so open that it was clear to me that this is what I want to do! Now I can hardly wait to get to know the team, the people at the club and of course the fans,” Klose was quoted as saying in a statement.

For Klose, the job in Altach represents his first head coaching position in professional football. After the end of his active career in the summer of 2016, he first gained experience as co-coach of the German national team before taking over the U17s of FC Bayern. In the 2020/21 season, he joined Hansi Flick’s coaching team at the German record champions as an assistant coach.

For Altach, the tough search for a coach has thus come to an end. According to media reports, Heiko Herrlich was still the favourite on Friday morning. Sporting director Werner Grabherr was more than satisfied with the solution that has now been presented: “I am very pleased that we have found our new head coach in Miroslav Klose. Miroslav’s personality fits the SCRA very well, and he is ready to lend a hand and further professionalise the team. He is a coach with a clear handwriting and has already gained a lot of experience in training and developing players. We will offer Miroslav the environment he needs for his first head coaching position in professional football.” Altach did not provide any information about the duration of the contract.