An addiction and a lot of mentality: Real Madrid celebrate their 35th championship 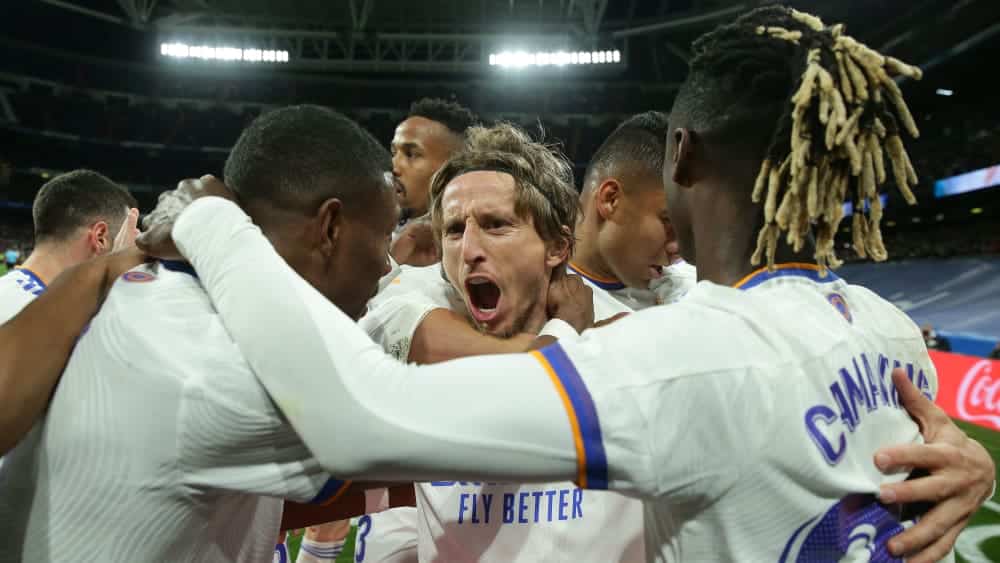 After 34 of 38 match days it is already clear: Real Madrid are Spanish champions. The away victory in Sevilla was emblematic of this.

The hefty 0:4 in the Clasico – goalkeeper Thibaut Courtois had recently even called it a “coincidence”, an operational accident – no longer had any effect on the final phase of the 2021/22 La Liga season. Far ahead of FC Barcelona, who have caught on too late under returnee Xavi, record champions Real Madrid claimed their 35th title (Barça stand at 26).

The clearly best Spanish team this year – with new defensive boss David Alaba – did not always have to excel and could also rely on competition that was not serious in the race for the championship. Not Barça, not Atletico, not even Sevilla FC, who kept pace for a long time and stumbled too often, especially in the big games.

Ancelotti triumphs in all top 5 leagues

The symbol of Carlo Ancelotti’s first Spanish championship – making the Italian the first coach to win all Top 5 leagues – was Real’s 3-2 away win at the Andalusians on Easter Sunday. Down 2-0, turned it around in the second half, even won in injury time. The winning goal was scored by Karim Benzema.

The French goal guarantee was the big performer in a solid team that was rarely invulnerable, but thanks to a great mentality was just as rare to bring down – PSG and Chelsea FC also felt that internationally.

The same goes for Benzema, who at 34 is playing the best season of his career. After 30 league games, the constant stands at 26 goals and eleven assists, Real Madrid depended on the presence and scoring power of the Frenchman in the offensive – his congenial partner Vinicius Junior is not yet as stable despite another strong season. But he hardly ever had to replace his “Mr. Reliable”, the Spanish champions of the 2021/22 season.