HomeMotorsportsAlvaro Bautista: "I now know when to hold back"
Motorsports

Alvaro Bautista: “I now know when to hold back” 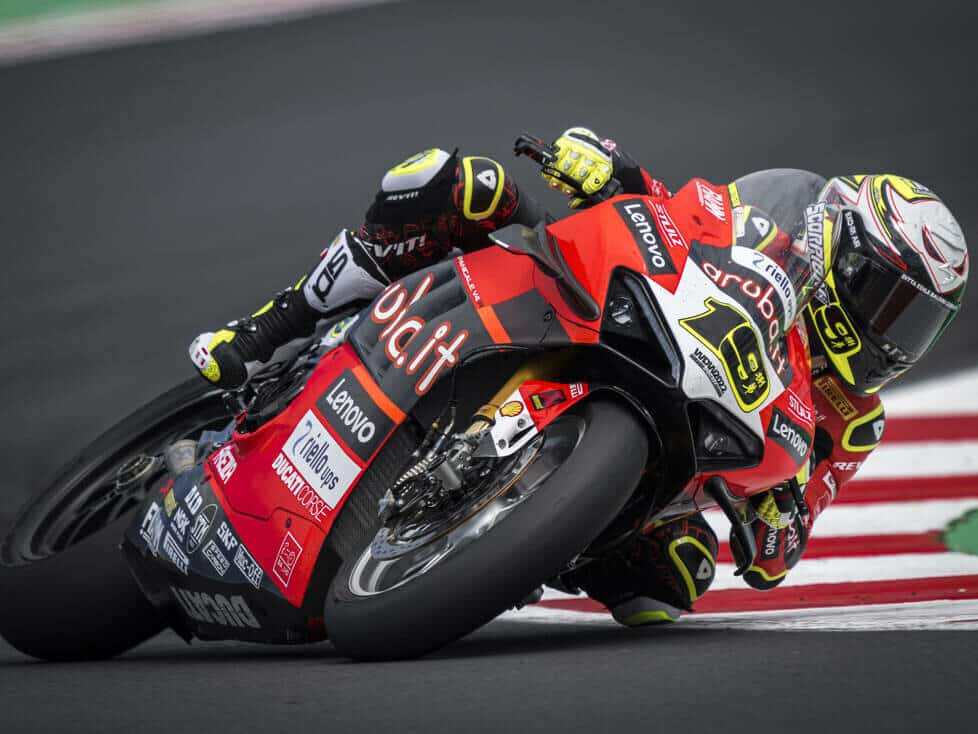 Significantly less prone to mistakes: Ducati rider Alvaro Bautista talks about his new approach and recognises a clear difference from the 2019 season

Already in the 2019 WSBK season, it was seen that Alvaro Bautista and the Ducati Panigale V4R form a very powerful combination. This dream pairing is reunited again this year. But there is a clear difference compared to three years ago: Bautista is making significantly fewer mistakes.

In the twelve races so far, Bautista was the only rider to finish on the podium twelve times. The Spaniard is currently leading the riders’ standings with 220 points, giving him a comfortable lead over his pursuers. Jonathan Rea is already 36 points behind, defending champion Toprak Razgatlioglu is even 79 points behind.

What is Bautista doing differently from three years ago? “In the 2019 season, I always wanted to go to the limit from the first corner. I didn’t think about the tyres or the risk,” he recalled.

“Now I know that it’s better to understand the situation first and only attack when you can attack. I now know when to hold back. There is a big difference compared to 2019,” said Bautista.

“I am not much faster, but I am more consistent. I can ride with more confidence,” explained the Ducati factory rider, who has regularly left his brand colleagues behind so far. All the points Ducati has scored so far in the manufacturers’ standings have come from Bautista.

Why do Michael Rinaldi and the customer Ducatis have such problems confirming the performances? “I don’t know. I am doing my job and enjoying this bike. This bike and I are a good pair. We harmonise very well,” Bautista states.

World Championship rival Jonathan Rea is not yet put off by Bautista’s form. “In the 2019 season, Bautista also rode very convincingly,” recalls the Kawasaki rider. “We couldn’t win a single race in the first four events.”

“In the current season, we have already won five races. I think everything is open. I have a good feeling with my bike and my team,” said Rea. “The tracks coming after the break suit us. There are still a lot of races to go.”

The 2022 WSBK season resumes in mid-July at Donington, Great Britain.