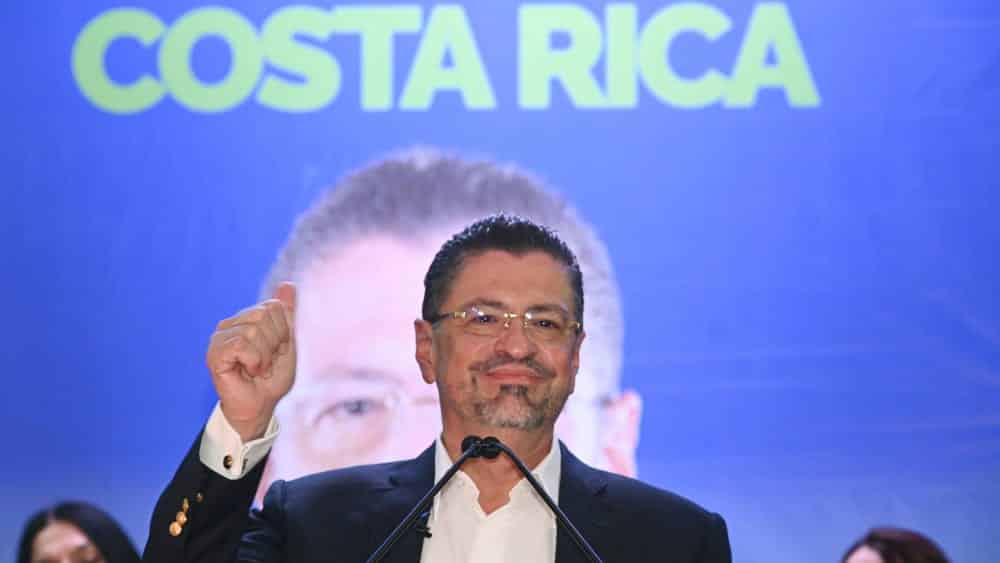 Costa Rica is the last team to qualify for the World Cup. President Rodrigo Chaves watched the 1-0 win over New Zealand with glee and then joined in via video call. The coach, for his part, admonished but also looked ahead to the clash with Germany.

The emotions were strong for the Costa Rican president. Rodrigo Chaves turned his presidential office into a party zone – even during the match, which La Tri won 1-0 against New Zealand, Rodrigo Alberto de Jesus Chaves Robles followed the duel for the last World Cup ticket for Qatar in front of the television, singing.

The President was already looking forward to the match with Germany.


The president did so with it, as did numerous fans of the national team, who even danced in the streets of San Jose and wept with happiness. Unlike the supporters, however, Chaves was able to contact the team directly. Via video call to Doha, he sent a “big hug” and a “huge thank you” to Qatar. And even cheered: “We are an incredible country. “

Coach Luis Fernando Suarez proudly accepted the congratulations. But he also directly admonished, after all, his team had not really convinced in terms of play in the intercontinental play-off match against the All Whites. “I hope we will be a different Costa Rica against Germany, to be able to compete against such a strong team,” Suarez said in view of the upcoming clash with the DFB selection in Group E, which will be the final group match on 1 December.

Suarez was nevertheless in good spirits, saying the team had mastered the complicated path to the World Cup well “despite all the setbacks” and “many hurdles”. The qualification at the World Cup stadium in ar-Rayyan was accomplished despite the average performance in the deciding match, it is the sixth for Costa Rica and the third in a row.

This will therefore be the second time La Tri will face Germany at a finals since Germany’s home World Cup in 2006 (4-2 in the opening match some 16 years ago). It should certainly be a goal for Costa Rica to finish as strongly as they did at the 2014 World Cup in Brazil, where PSG keeper Keylor Navas and co. only ended in a quarter-final penalty shoot-out against the Netherlands.