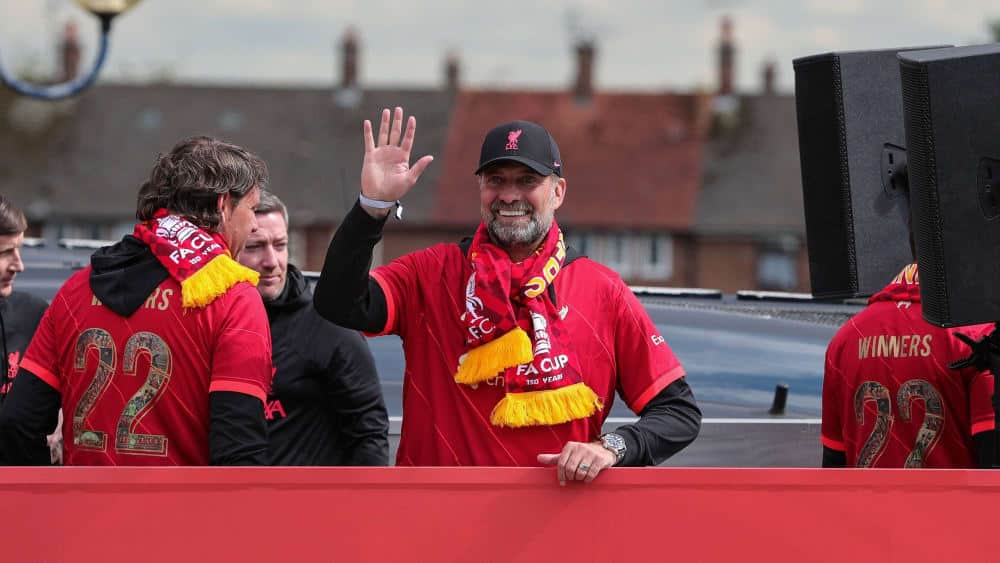 Even before the Bundesliga, the Premier League has published its fixture list for the new season. For Liverpool FC, it starts at lunchtime at a promoted club

Jürgen Klopp has never lost on Matchday 1 in his Premier League coaching career and that is not expected to change in 2022/23. On Saturday, 6 August (1.30 p.m.), Liverpool FC will open their season at Fulham FC, who have celebrated direct promotion. Fabio Carvalho, a key player for the Londoners, will be wearing the Reds’ jersey as they start the season against a promoted team for the fourth time in a row.

Promoted Nottingham Forest play their first Premier League game since 1998/99 at Newcastle on Saturday afternoon (6 August, 4pm), while Bournemouth make their Premier League return at the same time against Aston Villa. The opening game of the new season is reserved for neighbours Crystal Palace and Arsenal on Friday 5 August (9pm).

From 13 November to 25 December, the Premier League season is suspended due to the World Cup in Qatar. It resumes with the 17th matchday thereafter – on 26 December, the traditional Boxing Day. The 38th and final matchday is scheduled for 28 May 2023. On the penultimate matchday, ManCity will play Chelsea, a real top match.

The long break is not the only innovation in the Premier League: from the new season, coaches in England’s top league will also be allowed to change five times per match.