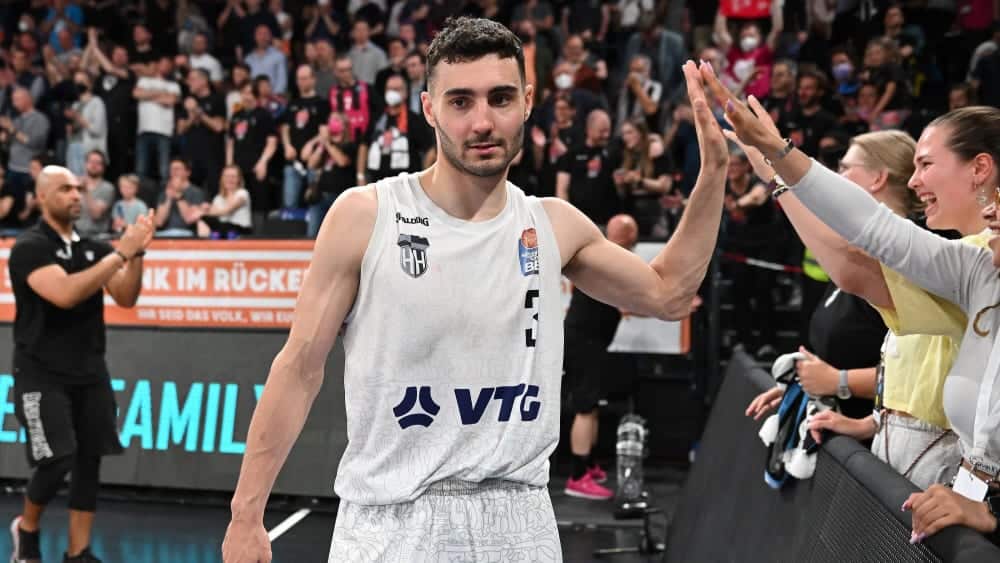 The Oldenburg side have signed their next player for the coming season: Defensive specialist Max DiLeo moves from Hamburg to Oldenburg.

The EWE Baskets Oldenburg have signed defensive specialist Max DiLeo for the upcoming BBL season. The 29-year-old follows his long-time head coach Pedro Calles from the Hamburg Towers to Oldenburg and receives a two-year contract. This was announced by the Baskets on Wednesday.


“For me it was enormously important that Max joins us,” said Calles: “Because I know what he can give to a team, not only on game day, but day in and day out in training and off the court.”

Calles has been working as a head coach in the BBL since 2018, with DiLeo being part of the Spaniard’s team in each season with Rasta Vechta and in Hamburg. The guard has been voted among the best three Bundesliga defenders several times and has also played his way into the circle of the German national team.