After debut in the U 21: Knauff’s long journey at BVB 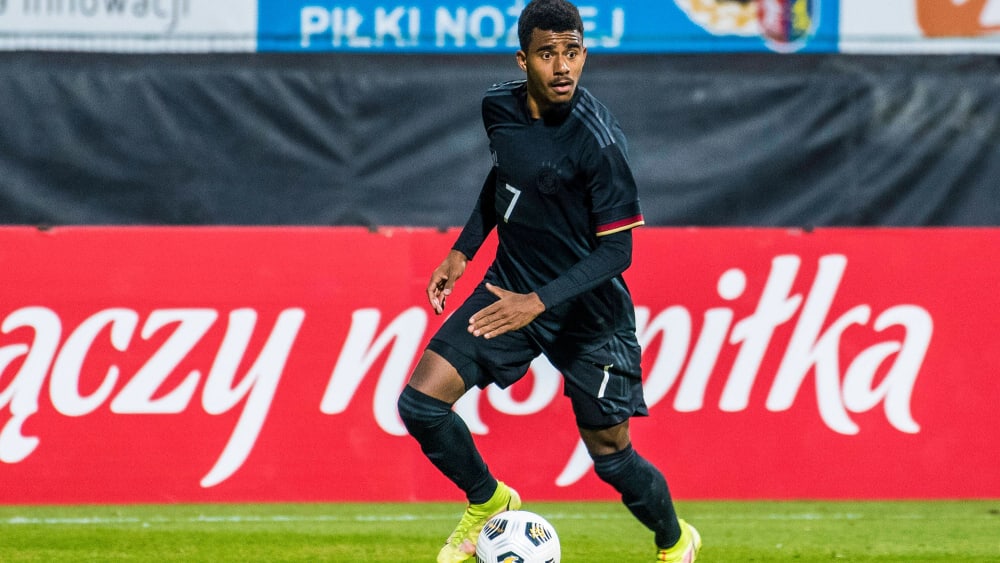 For a long time, Ansgar Knauff has not really arrived at the BVB professionals this season. Now the winger has gained self-confidence in the DFB jersey.


33 minutes in the Bundesliga, four minutes in the Champions League: Ansgar Knauff’s record with the BVB professionals is still quite manageable this season. The winger is still looking for his place in the team of the new Dortmund coach Marco Rose, who has only brought the 19-year-old in twice as a wild card. On Tuesday, however, Knauff, who is still without a goal for the professionals this season as well as in his five appearances for the U23s in the 3rd division, was able to celebrate another personal sense of achievement: The youngster made his debut for the German U-21 national team.

Knauff was substituted 23 minutes before the end of the match against Hungary by the new U-21 national coach Antonio di Salvo. He did not score or assist in the 5:1 victory. But the fact alone that he was able to take part should give the Göttingen native a boost. Originally, he was again scheduled to play for the U-20 team, for which he played in the 0-0 draw against Poland last Thursday. But since his Dortmund team-mate Youssoufa Moukoko (fibre tear), among others, had to withdraw from the U 21s due to injury, he moved up. Knauff had been on the list for a while.

Perspectively, BVB has exact plans with the offensive talent

Whether Knauff will also play for BVB’s professionals on Saturday depends to a large extent on the extent to which Borussia’s numerous injured players will be ready for the match against Mainz. For Mahmoud Dahoud and Manuel Akanji in particular, it will be a race against time. If they don’t make it, Knauff should at least be in the 20-man squad again – as he has been in the past four league games.

In terms of prospects, BVB has precise plans for the attacking talent, who was able to set his first scent marks in the Bundesliga and the premier league in the past second half of the season. “We will work with Ansgar to ensure that he develops in this direction,” his coach Marco Rose told the “Ruhr Nachrichten” during preparation when asked about the lack of a classic successor to Jadon Sancho, who left for Manchester United. In order to become even better at dribbling, decision-making and finishing, additional exercises are also a regular part of his training schedule.