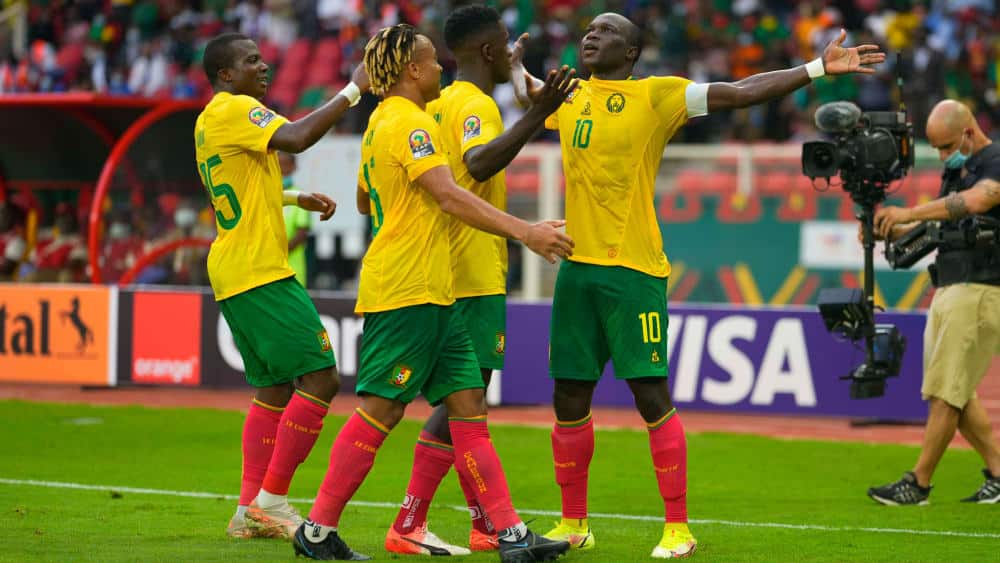 Tournament hosts Cameroon may have only drawn 1-1 with Cape Verde, but they still managed to win their group. Top scorer Vincent Aboubakar scored once again.

When Cameroon play, goals are scored. The tournament hosts are the goal factory of the Africa Cup, led by captain Aboubakar. Against Cape Verde, the 29-year-old was Cameroon’s most dangerous player – and of course also responsible for the only goal of the “indomitable lions”: After a free kick from half field, the ball fell at the feet of the Al-Nasr (Saudi Arabia) attacker 13 metres in front of the goal and Aboubakar scored with a firm low shot down the right – his fifth goal of the tournament (39th minute).


Cameroon were on course for full points in the group stage, but Garry Rodrigues had something against them: The attacking player, who came on as a substitute at the break, finished off a crossfield pass with a fine heel (53rd). The score remained 1-1 because Aboubakar, for once, missed a great chance: the attacker shot a free rebound over the goal from six metres (66th).