A volley leads the way: Di Maria and Vlahovic drive Juve to a treble 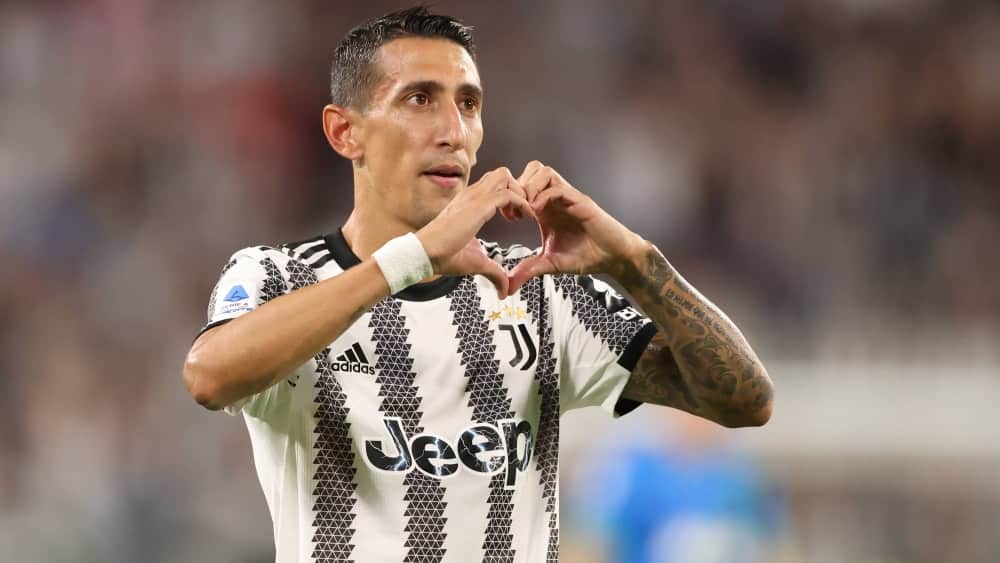 On Monday evening, Italian record champions Juventus also kicked off the new Serie A season – and did so extremely confidently after a brief stuttering start. In addition to goal star Vlahovic, a new offensive star was also celebrated.


Although the new Serie A season had only started for record champions Juventus on Monday, the pressure was on: on the one hand, because the Old Lady had fallen far short of its own expectations in the last two years (champions Inter, champions Milan) – on the other hand, because in the run-up to this first matchday, all the top Italian clubs had already started with a treble.


Whether the pressure paralysed the players at home in the Allianz Stadium? Not directly to be clarified, but obvious was the nervousness in the game with, among others, the two newcomers Bremer (Torino, voted defender of the last season) and di Maria, who after his tearful farewell from Paris Saint-Germain was directly lined up as an offensive weapon behind goal hopeful Vlahovic.

The Turin team struggled to exert absolute control against a cheeky opponent from Sassuolo, with whistles coming from the stands every now and then. Almost with fatal consequences: Defrel twice had the chance to make it 1-0, but failed on both occasions to beat the well-reacted Perin (20th and 22nd minute), who was deputising for the injured Juve regular goalkeeper Szczesny (adductors).

After the drinking break that followed shortly afterwards, Torino coach Massimiliano Allegri then switched from a 4-4-2 system to a 4-3-3, which was to bear fruit. More and more his team put their stamp on the game, dominating also with superior defensive work.

In the end, the 2:0 lead at the break was certainly a little too high: After a beautiful combination via Cuadrado and Alex Sandro, the celebrated newcomer di Maria volleyed the ball into the top left corner (26th). Shortly before going into the catacombs, Vlahovic then cleverly threaded against Ferrari (41.), the Serbian safely converted the given penalty (43.).

The Bianconeri started the second 45 minutes with a broad chest and made short work of the Neroverdi. In minute 51 the decision was already made: After a capital mistake by Ayhan (formerly of Düsseldorf, Schalke, Frankfurt), who played into the foot of di Maria, the 3:0 followed. The Argentine finally, with a bit of luck, put through for the lurking and free-standing Vlahovic, who executed ice-cold via volley into the lower left corner. The rest of the game was a simple affair in which Vlahovic almost scored a treble (86th). The visitors had long since resigned themselves to defeat.

Otherwise, coach Allegri sent debutant Kostic onto the field after his transfer from Eintracht – as well as young players such as 19-year-old Miretti, Soulé Malvano (19) and Rovella (20), who ultimately carried the three points over time. Torino thus joined the victorious top teams of Matchday 1. Juventus next play away at Sampdoria Genoa (0:2 against Atalanta at the start) – kick-off is Monday at 20:45. Sassuolo host promoted Lecce on Saturday (20.45).

Interesting side note: For the first time since 1971/72, there has not been a single draw at the start of a new Serie A season – and back then there were only 16 teams. What was also interesting about the season opener: Never before has the preseason top eight all won their first game of the season.