“100 per cent”: Mbappé puts a stop to winter switch 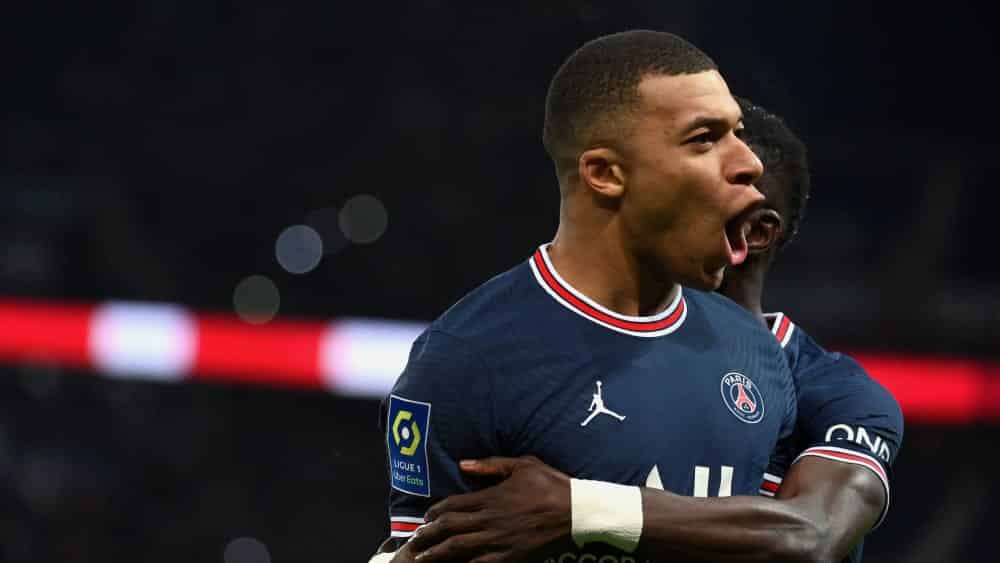 Kylian Mbappé will not be joining Real Madrid this winter. The French international confirmed this in an interview.

“I am very happy at PSG and I will finish the season there 100 percent,” the 23-year-old said in the interview with “CNN” recorded in Dubai on Monday. “I will give 100 per cent to win the league, the cup and the Champions League. The fans deserve it – and I think I deserve to win something big with PSG.”

That the transfer from the French to the Spanish capital would not take place in the winter had become quite clear beforehand. There had been little sign of any moves from either the Paris or Madrid sides in recent weeks. Mbappé himself, however, had not commented on the matter so far.

Is Mbappé moving in the summer? “Now is not the time “

The 2018 World Cup winner’s contract is set to expire and he could leave the club on a free transfer next summer after the Royals reportedly offered as much as €200m for the attacker last August. However, Real are entitled to make Mbappé a contract offer six months before the player’s contract expires – meaning from 1 January. PSG must be informed of this move in accordance with FIFA regulations.

Asked if he would play for Real next season, Mbappé dodged the question: “Now is not the time to talk about it. We have the most important part of the season ahead of us. The only thing on my mind is to beat Real Madrid in February and March.” In the last 16 of the Champions League, he will face Real of all teams with PSG – a very delicate duel, especially in view of the previous history and the poisonous arrows that flew between the two clubs because of Mbappé.