HomeMotorsports"You only have one shot": Why Alfa Romeo prefers to wait with...
Motorsports

“You only have one shot”: Why Alfa Romeo prefers to wait with Pourchaire 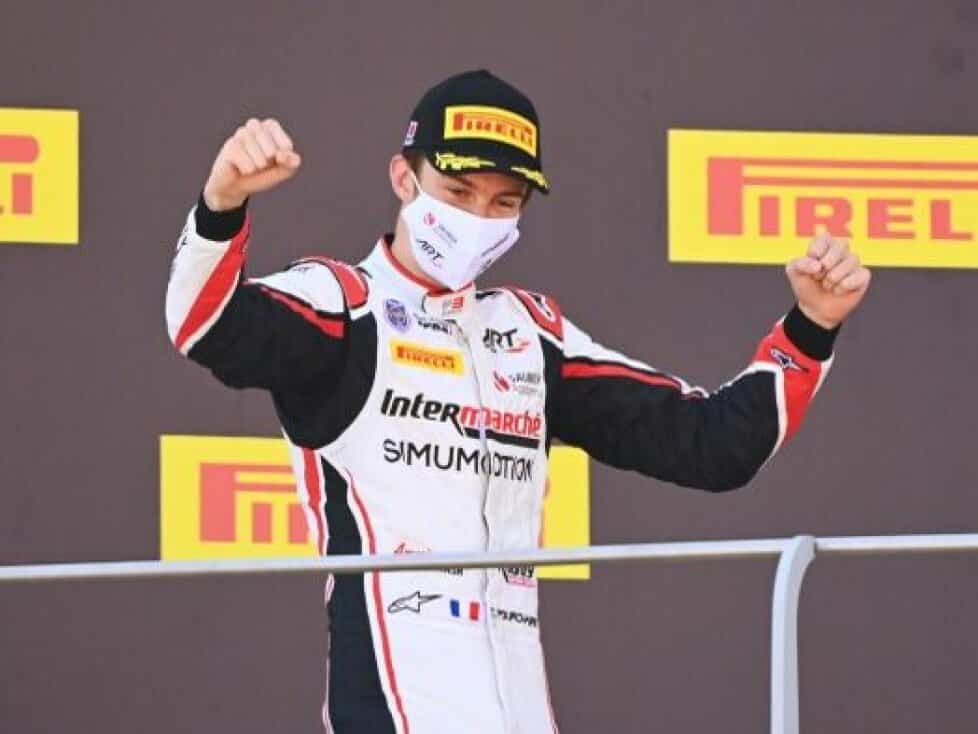 For Alfa Romeo team boss Frederic Vasseur, the option of promoting Theo Pourchaire to Formula 1 in 2022 was out of the question – Nevertheless, he has big plans for him

As the driver market for the 2022 Formula One season slowly sorted itself out last year and the grid began to take shape, Alfa Romeo took a comparatively long time to finalise its team.

The talks with Andretti about a possible takeover of the Sauber Group postponed a final decision on who would be teammate of newcomer Valtteri Bottas in 2022. The collapse of said talks meant that Japanese Guanyu Zhou was given the seat next to Bottas.

Without a deal with Andretti that could have led to a surprise move to Formula One for Indycar driver Colton Herta, it always looked like Zhou would take the second spot at Alfa Romeo.

The combination of the experienced Bottas and a young talent like Zhou – backed by Chinese sponsors – made for an ideal line-up for the team.

Bottas signed a multi-year contract and will be the man relied upon to set Alfa Romeo up for the future. Regarding Zhou, team boss Frederic Vasseur said shortly after the announcement of his departure that he hoped for a “long-term collaboration” with the Formula 2 talent.

But future driver decisions might not be so easy for Vasseur and Sauber, as 18-year-old Frenchman Theo Pourchaire has quickly emerged as one of the most exciting talents in the well-known junior series.

Pourchaire first came into contact with the Sauber junior academy in 2019 when he was still racing in Formula 4. He won the German title that year before moving up to Formula 3 with ART Grand Prix – the team founded by Vasseur. He fought for the title with Oscar Piastri until the very end, losing by only three points.

The next big step for Pourchaire was to move up to Formula 2 – after having raced in Formula 4 just 18 months earlier. But he took it with flying colours.

Back at ART, he finished fifth in the championship with two wins, including a dominant performance in the Monaco race, where he drove from pole position to victory. At that time, he did not even have a driving licence.

The breakthrough in Monaco made Pourchaire the youngest pole-setter and winner in Formula 2 history, leading to the inevitable question: could Alfa Romeo give the rising star a chance in Formula 1 as early as 2022?

Pourchaire had his first outing in a Formula 1 car at the Hungaroring in August 2021 as part of a private test, where he was behind the wheel of the 2019 Alfa Romeo C38. It was an opportunity he enjoyed to the full, but it was not a precursor to promotion the following year.

After Zhou’s announcement, Vasseur said he thought it was “too risky” to promote Pourchaire so early. So he will spend another year in Formula 2 at ART.

Vasseur against quick fix: everything must fit

Vasseur stuck to his view that there is still a lot for the Frenchman to learn in the junior categories: “I am convinced that he still has to improve in some areas. But he understood the discussion very well.”

“He is a clever guy. He understood the system perfectly. It’s tough because when the season starts you have six days of testing, three per rider. It can be snowing in Spain and sandy in Bahrain, and you arrive in Bahrain with zero kilometres. We have to take all aspects into consideration. “

Furthermore, Vasseur stressed, “I think it will also be a good experience for him to deal with the pressure of the championship.” Winning the title is a logical goal, not only after Pourchaire’s 2021 performances, but also because the four riders ahead of him in the standings will not be returning.

Because the 18-year-old is a very special talent, Vasseur positioned himself clearly on the possibility that another team might want to poach him: “If they want to talk to Theo, they have to talk to me first!”

In Vasseur, Pourchaire has a competent and powerful ally at his side. He is one of the best Formula 1 team bosses when it comes to promoting young motorsport talent, having founded ART more than 25 years ago.

Jules Bianchi, Esteban Ocon, Charles Leclerc and even Bottas have all had success at ART with Vasseur’s support. He knows what it takes to set a young driver up for success in Formula 1 and why timing is everything.

Formula 1 exit after one year would be “disaster “

“Formula 1 is like a gun with a single bullet: if you screw up on the first bullet, you’re dead,” Vasseur said. “You have to get it right.”

“These guys spend 14 years of their lives with the sole aim of getting into Formula One. And it’s absolutely understandable, if you’re racing in go-karts or wherever and you’re ten or eleven years old, what’s the goal? To get into Formula One. “

“But when you are about to enter Formula 1 – and I told Theo this – the goal is not to race in Formula 1. The goal is to drive Formula 1 in a good way and to be successful. That’s a completely different story.”

“Because if you made it to Formula 1 and after one year you are out again, it’s a big disaster,” Vasseur knows. “But now you are close to Formula 1 and the goal is to do well there. To do well, you have to be well prepared physically, technically and driver-wise. You have to know the tracks.”

“It’s such a complicated system. If something is missing, you’re dead.” For that reason, Alfa Romeo didn’t want to risk burning Pourchaire out too soon.

Where the team will be in the pecking order with the new rules is impossible to say, even though it presents a huge opportunity. In any case, Zhou’s support will help him stay close to the budget cap, which Vasseur believes will lead to a “different mentality” at Hinwil.

They want to build for a strong, sustainable future. For the same reason, Sauber is also banking on a long-term perspective with Pourchaire. His rise has been so rapid that he will stay in the same racing series for a season for the first time in 2022.

If he can build on his impressive first year in Formula 2 and take the title, it would give Vasseur a bit of a headache, but it would be further proof of what a special talent he has in his ranks.